Migrants decide to walk from Belgrade to Croatia

A group of migrants has departed Belgrade in an attempt to reach the border - this time, between Serbia and Croatia, on foot. 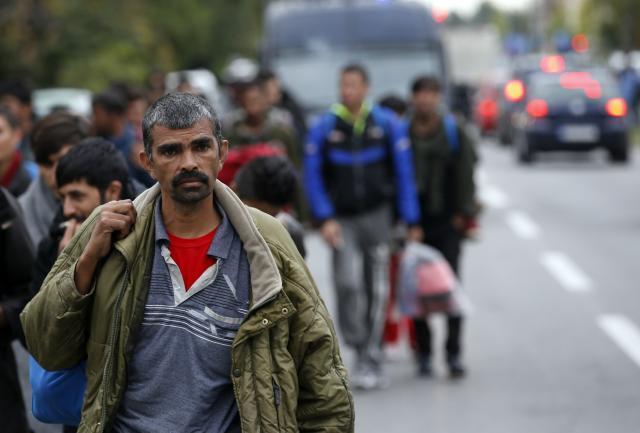 They hope to be able to in this way enter the EU.

B92's reporter who was with the group of about 200 people, mostly men, said on Friday afternoon that they were walking along the Belgrade-Zagreb highway escorted by the police.

This was slowing down traffic, causing a line of vehicles more than a kilometer long to form on the highway.

This is not the first time that migrants have tried to cross the country's border by reaching it on foot.

In early October, a group of migrants first protested in Belgrade and then started walking toward the border with Hungary, but bad weather caused them to give up on this attempt.

Ivan Miskovic from the Serbian Commissariat for Refugees said on Friday afternoon that these migrants have received "very bad information" from some NGO representatives, and for that reason believe they will be allowed to cross the border.

"This step that they decided to take, to try to cross the border on foot, will bring nothing good either to them or to the registered persons," Miskovic told Tanjug.

This official pointed out that "this is no way to enter any country," and stressed that "nobody will let them enter the EU."