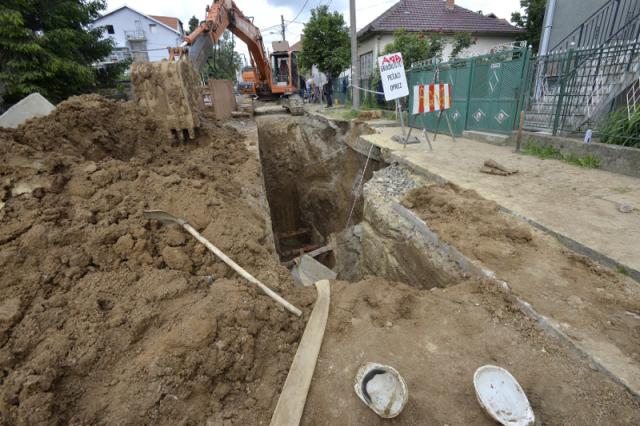 The scene of the accident in Jajinci (Tanjug)

The workers - aged 32 and 35 - were at the bottom of a 7-meter deep canal laying sewer pipes on Tuesday afternoon when the soil collapsed onto them.

A source with the Interior Ministry told Beta agency they were both conscious when rescuers transported them to the Clinical Center of Serbia's Emergency Center.

B92's reporter at the scene said the workers escaped with only light injuries despite being completely buried by soil in the canal for a short time.