The town of Jagodina in central Serbia on Tuesday afternoon experienced a strong storm, with a tornado-like "landspout" forming in the sky. 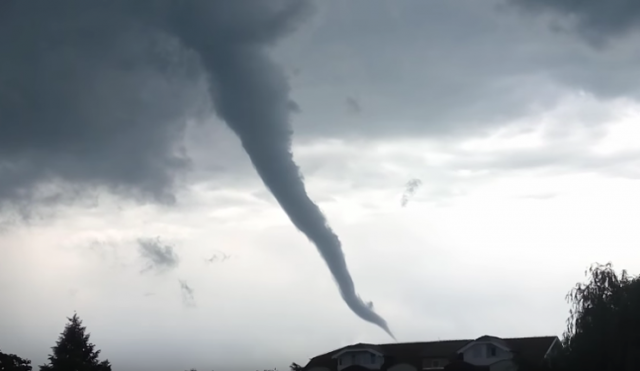 The storm lasted half an hour, while the rotating column of air - a rare meteorological occurrence in Serbia - dissipated after about 15 minutes.

State broadcaster RTS said the Radar Center in Besnjaja reported that anti-hail missiles were fired into the storm clouds in the area, while small hailstones fell in Cuprija, Jagodina, and surrounding villages.