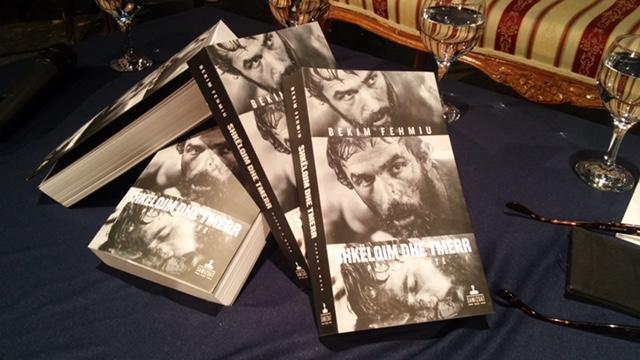 The promotions took place on Friday and and Saturday, while all copies of the book were shipped to Kosovo on Monday.

However, the books have been put in storage in a customs depot, with the Pristina-based distributor of the book, Rilindja AGE, unable to take over the shipment.

"The greatest Albanian-Serbian actor Bekim Fehmiu stood up against the spread of hatred as early as in the late 1980s, and withdrew from professional and public life," commented Samizdat B92 Director Veran Matic, who took part in the well-attended and emotional promotions in Pristina and Prizren, adding:

"He spoke about this in his testamentary biography as well, precisely in the book 'Brilliant and Terrifying." And again it happens that his testimony is the victim of a customs war of reciprocal measures that are encompassing an exceptionally valuable work that is Bekim's book."

Media in Kosovo reported about this "arrest of a book", and said they learned from the authorities that the "misunderstanding" should be resolved as soon as on Wednesday.