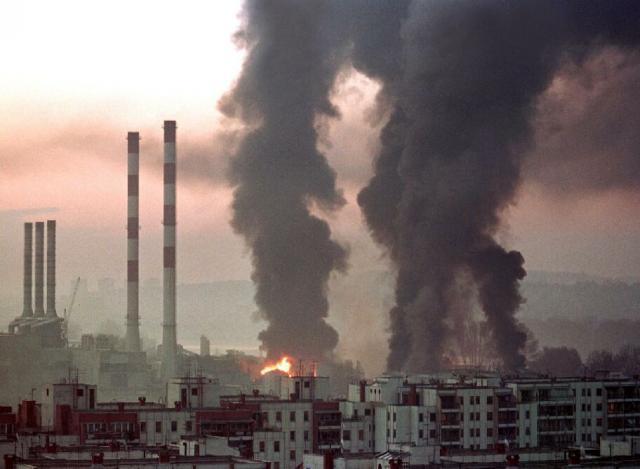 The attacks on Serbia started and were carried out without the approval of the UN Security Council - a precedent at the time.

The order was given to U.S. General Wesley Clark, who at the time commanded allied forces, and by NATO Secretary General Javier Solana.

Clark later wrote in his book entitled "Modern Warfare" that the planning of the war was already under way in mid-June in 1998 and was completed in August of that year.

The country was attacked as the alleged culprit for the humanitarian catastrophe in Kosovo and Metohija (the immediate cause were the events in Racak) and the failure of negotiations on the future status of the province that were conducted in Rambouillet near Paris.

After the Serbian Assembly confirmed the decision not to accept foreign troops on its territory and suggested that UN forces should oversee a peaceful solution to the Kosovo conflict, NATO on March 24, 1999 at 19:45 CET began its air strikes, using cruise missiles and aviation, attacking several locations in Serbia and Montenegro.

19 countries of the western military alliance started their campaign from the ships in the Adriatic and four air bases in Italy.

According to the estimates of the government of Serbia, at least 2,500 people, of whom 89 children, were killed during the attacks (according to some sources, the total death toll was nearly 4,000), while more than 12,500 people were wounded and injured.

The total damage done to the country's economy and infrastructure was estimated at the time at USD 100 billion. NATO's war losses in manpower and equipment have never been made public.

The authorities in Belgrade claimed that dozens of aircraft were shot down, which has never been confirmed. The Russian agency APN said that NATO lost over 400 soldiers and more than 60 aircraft, while then U.S. President Bill Clinton said in a speech on June 10, 1999 that NATO suffered "no casualties."

The Museum of Aviation in Belgrade has the remains of the destroyed F-117 and F-16 aircraft, UAVs, and cruise missiles.

Almost every town in Serbia had been targeted during the 11 weeks of the air strikes.

The bombing destroyed and damaged 25,000 housing units, 470 km of roads and 595 kilometers of railways.

During the aggression NATO carried out a total of 2,300 airs trikes on 995 facilities across the country, while 1,150 combat aircraft launched nearly 420,000 missiles.

A third of the electrical power capacity of the country was destroyed, two oil refineries, in Pancevo and Novi Sad bombed, while NATO forces used the opportunity to for the first time deploy the so-called graphite bombs to disable the power system.

After several attempts to end the war by diplomatic means, the bombing ended with the signing of the Military Technical Agreement in Kumanovo on June 9, 1999, after which the Yugoslav Army (VJ) and Serbian police (MUP) started withdrawing from Kosovo and Metohija.

That day, the UN Security Council adopted Resolution 1244, sending 37,200 KFOR soldiers from 36 countries to the province, with the task of keeping the peace, security, and ensuring the return of refugees until a broad autonomous status has been defined for Kosovo.