Man blows himself up in shop owned by ex-minister

An unknown man on Monday activated a hand grenade and killed himself in a Belgrade cake shop located on the corner of Ilije Garasanina and Takovska. 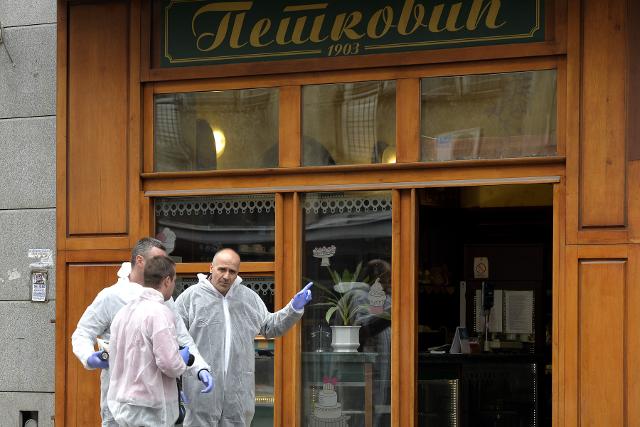 Nobody else has been injured in the incident that happened at half past noon, the Interior Ministry (MUP) said. Daily Blic reported that it learned unofficially the man was Vladimir M., aged 57, known to the police as a drug addict.

MUP said in a statement on Monday that the case was "not a terrorist act, as before activating the explosive device, the person had requested the two employees and one customer to immediately leave the shop."

The man, said to be in his 50s, blew himself up after that, "but nobody was killed or injured, and only a minor material damage was done to the shop," said the police.

The Petkovic cake shop is owned by former Culture Minister and Community of Science and Technology Museums President Bratislav Petkovic, who lives in the vicinity.

State broadcaster RTS reported earlier in the day that the man "entered the cake shop, ordered everyone out, and then activated the explosive device."

A bank, several others stores, a pharmacy and the Palilula Green Market are all located nearby, as are two high schools, that said none of its students were in danger today.