An emergency situation is still in force on Wednesday in three Serbian cities and 13 municipalities due to heavy rainfall and flooding earlier in the week. 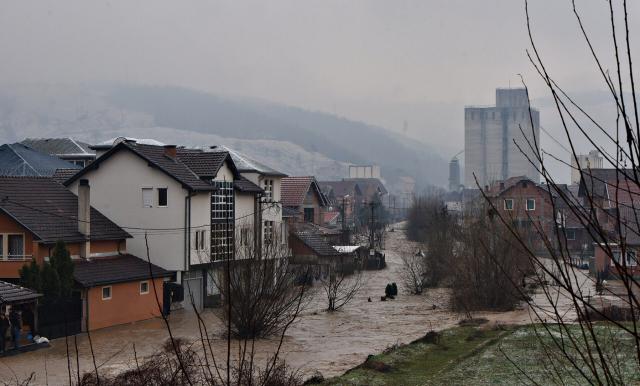 710 households have been flooded and 170 people evacuated as a result, the Interior Ministry (MUP) has announced.

An emergency situation has been declared in Cacak, Novi Pazar and Kraljevo, Arilje, Lucani, Topola, Pozega, Bajina Basta, Ivanjica, Raska, Ljig, Raca and Trstenik, as well as in parts of the municipalities of Kosjeric, Prijepolje and Nova Varos.

MUP's Emergency Situations Sector, Firefighting-Rescue units, Gendarmerie, and members of the Serbian Army have all been deployed to the affected areas.

Speaking earlier, Emergency Situations Sector chief Predrag Maric said the situation with the floods in Serbia was "calmer - but all our capacities have been placed on full alert amid forecasts of major rainfall over the next few days."