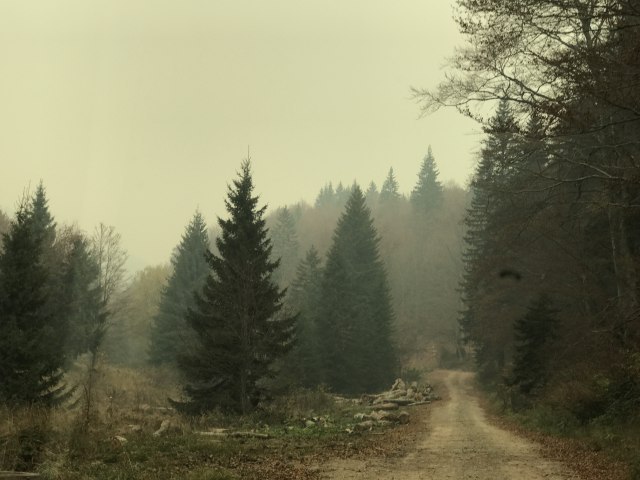 Stara Planina has been on fire since Sunday, with nearly 140 firefighters from across Serbia fighting it on extremely inaccessible terrain, along with the members of the Gendarmerie.

"We are fighting the fire and its spreading around the clock, the firefighters are working in difficult conditions, these are hard-to-reach areas. It is difficult because the wind is blowing, so the situation changes from hour to hour", Savov said, pointing out that there is no need for evacuation for now, as no people are at risk, not any property. Firefighting is additionally hindered by the height of almost 2,000 meters, and it was announced yesterday that due to the high smoke, the fire was not extinguished from the air. The locals and foresters also help, but the authorities urge them not to work on their own.

Rain could help, but it is not expected before Wednesday night.

A fire emergency was declared in the part of Trgovište municipality, but the villagers were not endangered. A fire on Vidojevica Mountain, near the village of Vidovaca, has affected 150 hectares of low vegetation and forest, RTS reports.

In the mountain area near the fire site in Trgoviste, 500 hectares were affected by the fire.

The Mayor of Targoviste, Nenad Krstic, said that a disabled person had been evacuated this morning. They expect that the situation will stabilize throughout the day, as assistance from Novi Sad has arrived tonight. There are also hunting associations, and lots of volunteers in the field.

Last night, the Emergency Headquarters was summoned in Vranje due to a fire in the Cestelina area around the city. It has been said that 13 square kilometers have been inflamed, that it is inaccessible terrain, which hinders the operation of the firefighting and rescue units.

45 firefighters from several cities of Serbia are coming to Vranje, and two Interior Ministry's helicopters will be engaged. There are also nine terrain vehicles, four trucks and four vans in the affected area.

The fire that erupted yesterday on Vidojevica Mountain near Prokuplje, near the village of Vidovaca, has affected 150 hectares of low vegetation and forest.

There are 13 firefighters from Prokuplje on the ground who were on duty tonight to keep the fire from spreading to their homes. As the RTS was told by the Serbian Ministry of Internal Affairs, it is inaccessible terrain, while the population and facilities are not endangered. The fire broke out yesterday morning and after the intervention of firefighters, it was localized, but due to adverse weather conditions, it again flared up. 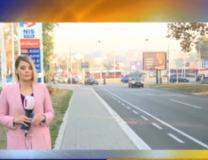