Tiodorovic: The virus is still there; Nearly 3.000 "JURA" workers will be tested

Epidemiologist Branislav Tiodorovic estimated that the epidemiological situation in Serbia is still uncertain, considering that the coronavirus is still present 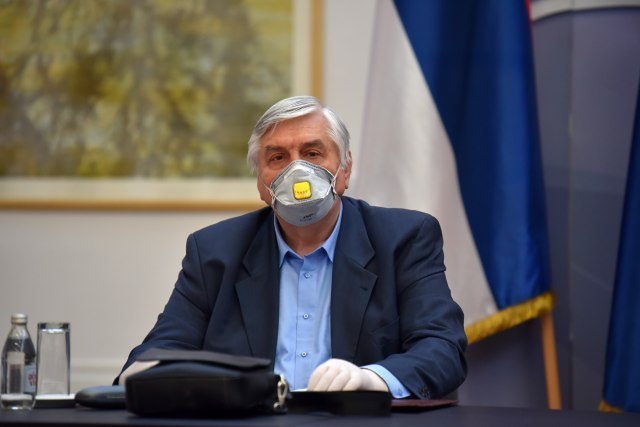 "There are fewer infected people and less risk of infection. But there is still that possibility. There are people who are virus carriers without even knowing it. Therefore, our emphasis will be on testing to reach these asymptomatic people," Tiodorovic said.

He said that hotspots like Leskovac would be present and that they were of interest for intensive monitoring, and announced that all 2.850 workers of Leskovac's JURA plant would be tested.

"In this way, we will prevent the possible spread of infections. We have 67 positive people, all of them young people with very rare cases of severe clinical picture," Tiodorovic said.

He adds that the relaxation that currently exists in the population will bring results by the end of next week, and it will be seen whether there has been an increase in infection.

He stated that the proposal of the Crisis Staff is to open the borders with four neighboring countries, Albania, North Macedonia, Bosnia and Herzegovina and Montenegro, from June 1, and that this requires the flow of people, goods and services.

He says that the further assessment will be done after June 15, when, he adds, the EU also predicted that the borders could be opened and air traffic could start.