Serbia's state meteorological authority, RHMZ, has repeated a warning about heavy rainfall across the country from Monday until Friday. 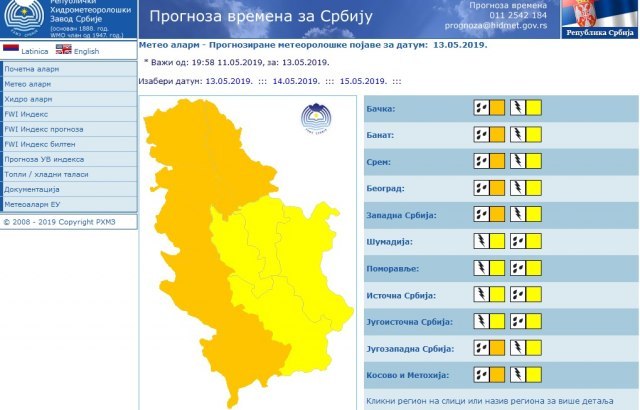 Authorities have started around-the-clock monitoring along rivers for fear of flooding, while RHMZ has issued orange and yellow severe weather meteoalarm warnings.

In five days, between 80 and 120 liters of rain are expected to fall per square meter in southwestern, western, northern, and central parts of the country, and between 40 and 80 liters elsewhere.

The rain will stop starting on Saturday, when only sporadic thunderstorms and showers are forecast for the afternoon.