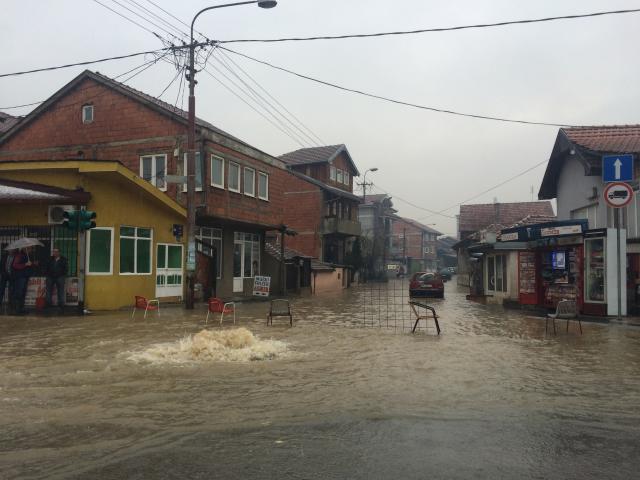 However, the biggest flood wave has passed, local emergency situations headquarters across Serbia are convinced.

Homes, barns, and roads have been flooded, with bridges destroyed in some areas, and many households left without electricity supply. Hundreds have been evacuated from the most at danger locations, while members of the military joined rescue crews and are remain on alert around the clock.

Most areas are reporting that the situation is improving in the morning, with water receding and no new rainfall. However, River Western (Zapadna) Morava was rising on Tuesday, with the flood wave expected to pass through the town of Trstenik around noon.

Deputy head of the Government Office for Kosovo Dusan Kozarev said there were no victims in Serb areas of Kosovo, but that the flooding caused damage, including on three bridges in Leposavic in the north.

Late on Monday, media in Kosovo reported that the floods had claimed a victim - Jak Tahiri (67) from the village of Dol in the municipality of Djakovica drowned in an attempt to cross a bridge.