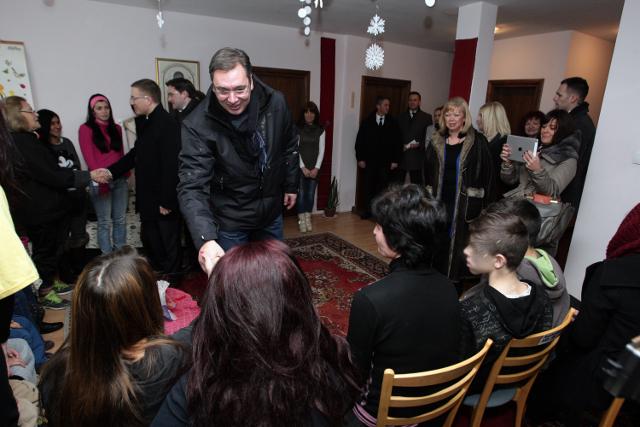 Vucic was visiting a safe house for women and children in Belgrade when he said their tormentors can only be described as "scoundrels" and "bullies" - and noted that "no one is stronger than the state, which also applies to perpetrators of violence."

He also announced that he will send a team of lawyers who will see if and how each of the women in the shelter can be helped individually.

Most of the women said that having a source of income - i.e., jobs - would be significant for them.