A state of emergency was declared in Belgrade today due to the worsened epidemiological situation. 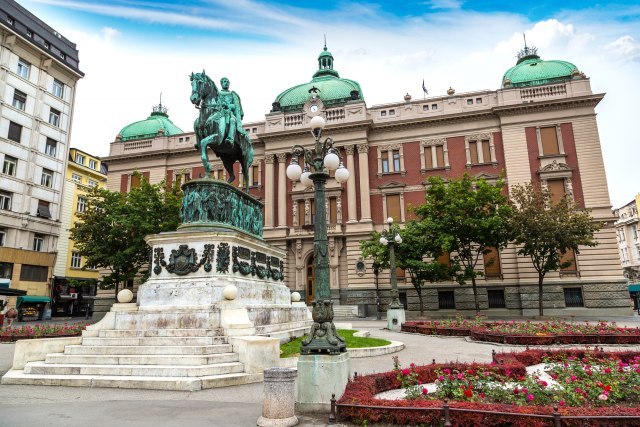 An emergency situation was declared at the session of the City Crisis Staff.

As the Deputy Mayor of Belgrade, Goran Vesic, explained to TV Prva earlier, this is a standard procedure, so that the measures announced by the President of Serbia last night, which concern the worsened epidemiological situation in Belgrade, can be applied.

He explained that certain formal conditions must be met in order to implement the measures of the Republic Crisis Staff, and the first is to organize a session of the City Emergency Headquarters and declare an emergency situation on the territory of the city of Belgrade.

Vesic specified for TV Prva that, according to the procedure, the Government of Serbia will then make a decision to prescribe certain measures on the territory of the city of Belgrade, based on the decision of the city headquarters to declare a state of emergency.

When it comes to measures, the first is to enter closed rooms without a mask, where the distance of 1.5 meters will have to be respected, while everyone who uses public transport will have to wear masks, for which certain sanctions will be provided.

In addition, gathering of more than a hundred people indoors and more than 500 outdoors will be strictly forbidden.

The work of the caterers will be limited and they will not work between 11 pm and 6 am.

"A measure was found for that branch of our industry to continue working, but also to protect people, because most of the infections were at nightclub parties. These are measures that will be implemented today and will come into force," Vesic pointed out.

"We will introduce these measures for two weeks and we think that it will be enough to return to normal life after that. In any case, if there are new measures, the citizens will be informed in time," deputy mayor said.

Just to reiterate, Vucic said last night, being hosted on RTS, that over 82% of those infected with coronavirus are in Belgrade and that is why new measures are necessary.