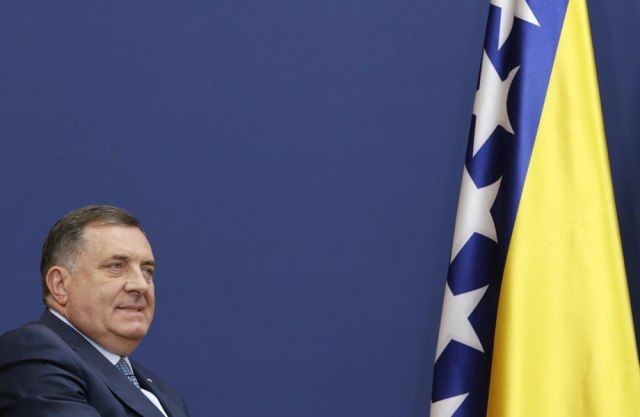 He stressed that the Republika Srpska Parliament is a key venue for all decisions and that only it can speak on behalf of the people.

"We must not hesitate to make decisions that are important to our future. This time, we are serious and we will not accept any other direction," Dodik said.

He stressed that Republika Srpska and the Serb people have no chance in Bosnia-Herzegovina, because they are viewed as a category that Sarajevo and Bosniaks do not accept, which they hate and want to destroy, and that Bosniak politicians are convinced that the moment has come for a final confrontation with the Serbian people, RTRS reports.

He added that their belief was that foreigners would save BiH - naively, and that Republika Srpska had no other solution but to pursue its interests.

Dodik also said that a special session was called today because the Serbian people were deceived.

"They are trying to make us less valuable, considering that only they know what is good for us. Everything about the Constitutional Court has already been said. This time, that court went further and gave itself the right to make decisions and transfer property to Bosnia-Herzegovina, to which it does not belong", Dodik stated.

He estimated that many in the West thought that Republika Srpska was not capable and willing to take care of itself.

Dodik thanked leaders of all political parties for their dedicated work and willingness to overcome intolerance in defense of Republika Srpska's interests.

"See you in 60 days. I believe we will be in what I said at the beginning," Dodik said.