The implementation of the Law on religious freedom in Montenegro directly infringes many principles on which the EU rests, Croatian theologian Drago Pilsel said 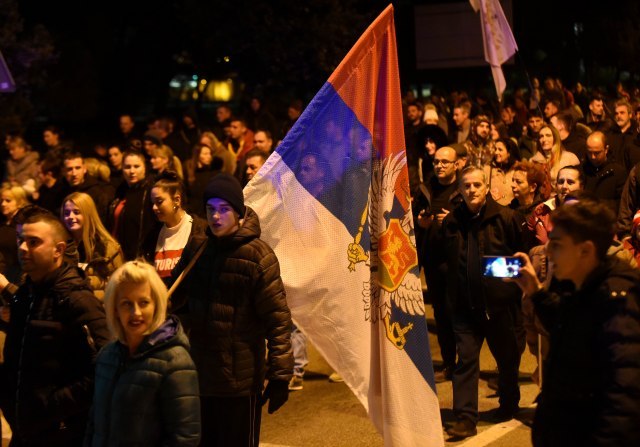 "This law de facto and de jure forms the legal framework for the nationalization of the property of the Serbian Orthodox Church on the territory of Montenegro", Pilsel said in Ljubljana at a lecture entitled "Relations between the state and churches/religious communities in the Western Balkans", he held in the International Institute for Middle-East and Balkan Studies - IFIMES.

Pilsel pointed out that among those who have been protesting against the law for weeks are not only Serbs, but also Montenegrins, and others, including Muslims.

"This law is a new kind of totalitarianism by which the state wants to subjugate all religious communities," he noted.

Contrary to the principle of church and state division, Pilsel says, Montenegrin President Milo Djukanovic has begun to build a Montenegrin Orthodox church, which Pilsel sees as "a continuation of the tradition of communist rule, which always looked down on the church after World War II".

“Therefore, this act of manipulating religious sentiment has tremendous destabilizing potential, especially in ethnically mixed environments, as in almost all Balkan countries. So I believe that this as a precedent, if applied in other countries, threatens to become a permanent source of tension and conflict by threatening the Serbian Orthodox Church in Kosovo”, Pilsel emphasized.

“The law directly infringes the property rights enshrined in the Montenegrin Constitution, as well as numerous international treaties and conventions signed or acceded to by Montenegro, including the European Convention on Human Rights and the Stabilization and Association Agreement with the European Union”, Pilsel noted.

According to Pilsel, the subordination of the church is being carried out for the sake of "plunder", so, as Pilsel believes, the fall of Montenegrin President Milo Djukanovic from power will not mean him going to opposition, but as in the case of (Croatian Prime Minister) Ivo Sanader, "him ending up in prison".

The law on religious freedom has sparked tensions between Serbia and Montenegro, with strong protests from citizens in the country who are calling for its abolition.