Montenegro is rethinking the Law on Freedom of Religion

According to daily "Vijesti", the Government of Montenegro is ready to temporarily postpone the implementation of the Law on Freedom of Religion. 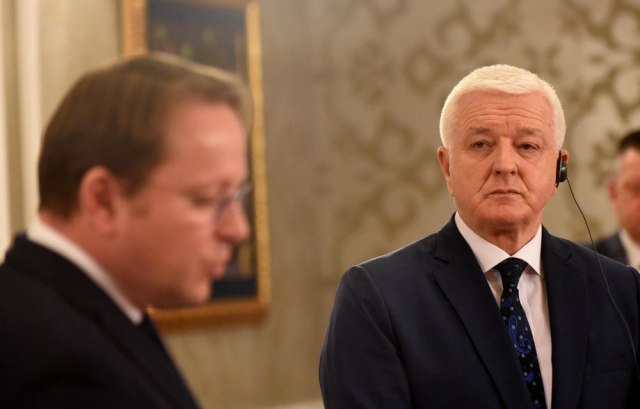 EU Enlargement and Neighborhood Policy Commissioner Olivér Várhelyi said that Montenegrin Prime Minister Dusko Markovic had informed him that the Government was ready to temporarily postpone the implementation of the Freedom of Religion Act.

Multiple sources confirmed to "Vijesti" that Várhelyi conveyed this message at a meeting with the Montenegrin opposition.

Markovic allegedly offered to postpone the implementation of the Act until the Constitutional Court's decision, and in case the initiative of the Metropolitanate of Montenegro and the Littoral was rejected, until the decision of the Court in Strasbourg.

Unofficially, the government explained to "Vijesti" that this was a logical move, because the law is a lex specialis and that the constitutionality of the law is very important.

"Vijesti" has not yet received an answer to the questions formally referred to the government.

"Everything was said at the conference"

After Montenegrin media wrote that the European Enlargement and Neighborhood Policy Commissioner Olivér Várhelyi had said at a meeting with the opposition that the Prime Minister of Montenegro, Dusko Markovic, had informed him that the government was ready to suspend the implementation of the Law on Religious Freedom, the Montenegrin government briefly replied to CdM that Markovic said everything he had on that subject, at the press conference.

At a press conference held earlier today, Markovic did not mention any possible delay in the implementation of this law.

"The Prime Minister said at a press conference what he had to say on the subject of your question", the government told CdM in response to a question whether there had been any discussions during the meeting between Markovic and Várhelyi regarding delaying implementation of the Law on Religious Freedom.