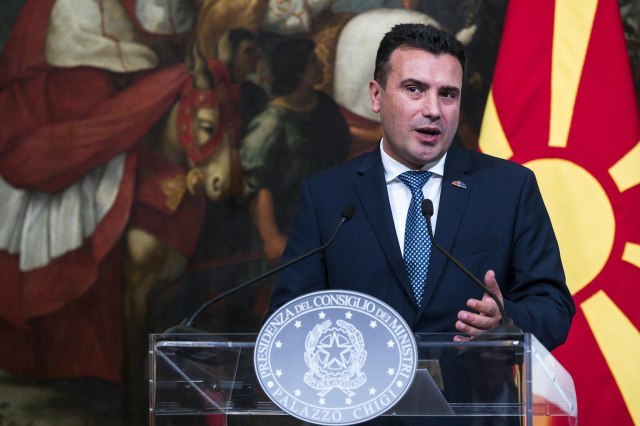 "The government has been working since 8.30 a.m., I have signed my resignation, in accordance with the agreement (for the elections) and the Law on Government. I believe that it will reach the Parliament very soon, which can then start the procedure for electing a transitional government", Zaev said.

Zaev, after two years and seven months in office, resigns to form a technical government to hold snap parliamentary elections on April 12th, according to an agreement by leading party leaders after North Macedonia failed to receive a start date for the third time in October negotiations with the EU.

After the Parliament approves Zaev's resignation, Head of State Stevo Pendarovski will mandate the formation of a technical government to the Interior Minister and SDSM Vice President Oliver Spasovski to confirm the new cabinet by midnight, with the opposition having two ministers and three additional deputy ministers.

According to the so-called "Przin model", which was first implemented in 2016, the technical government is formed 100 days before the elections, with the opposition having a minister of power and a minister of labor, as well as additional deputy ministers of finance, agriculture and administration.