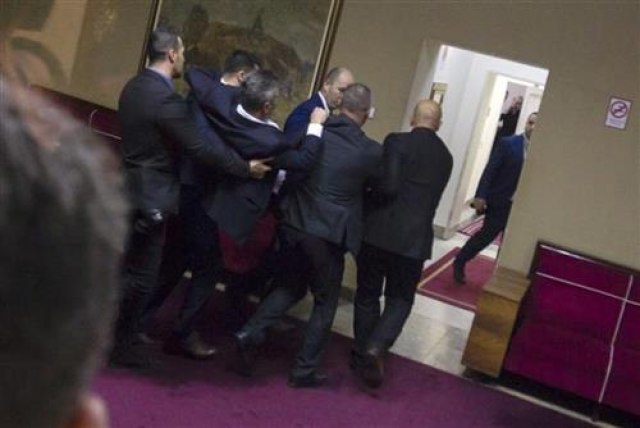 Democratic Front MPs caused an incident in an effort to prevent the law from being passed. They ran into fights with members of the ruling coalition, chased them with bottles, glasses, tossed their microphones and tried to throw a kind of smoke bomb into the plenary.

They addressed curses and insults to the members of the ruling coalition, and only thanks to the swift intervention of security, major incidents were prevented.

The law was adopted around 2.30 a.m., when the session resumed after the Democratic Front MPs were arrested and taken to the central police station in the capital of Montenegro.

Twenty persons were detained by the police, 13 of whom were arrested for violations of the Law on Public Order and Peace, among them a monk from the Djurdjevi stupovi Monastery in Berane, Nebojsa Bulatovic. One person was arrested for assaulting a police officer.

The Supreme State Prosecutor's Office has announced that it is closely monitoring what is happening and will prosecute anyone, whatever function they hold, who is alleged to have violated the law.