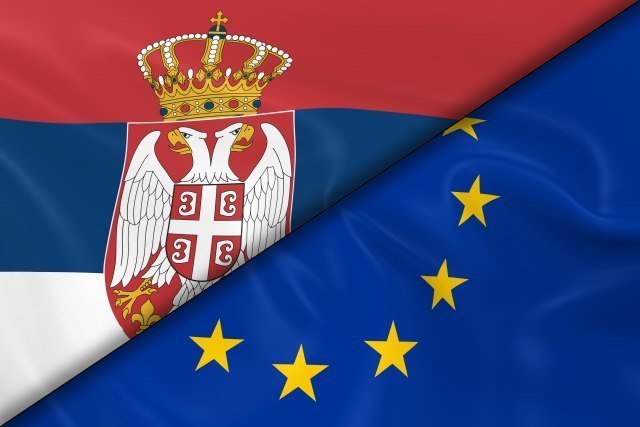 Failure to hold a conference would be another clear signal that European integration is slowing down, if not stopping, writes Sputnik.

It is already speculated that the EU may not open any new chapters for Serbia, though it is ready to open at least four.

According to unnamed media sources in Brussels, France's hardest anti-enlargement wing is not ready to at least symbolically opens the process through the conference.

These signals suggest that Paris has formally begun to halt the accession process of the Western Balkan countries.

Just to reiterate that France, the Netherlands and Denmark did not approve the opening of accession negotiations with North Macedonia and Albania in early October, and the view that Serbia should not be allowed to open new chapters might be seen as a logical follow-up.

For a long time, Brussels has pursued a similar policy towards Serbia, Bosnia and Herzegovina and North Macedonia, and as far as our countries are concerned, on several occasions, French politicians, including Emmanuel Macron, emphasized that the enlargement process was put ad-acta by the EU, Slobodan Jankovic, from the Belgrade Institute for International Politics and Economy, claims.

"The point here is that France, under Emmanuel Macron, is now making politics, at least publicly distancing itself from the US and trying to create a new bloc that would be formally more independent than Washington's influence”, Jankovic explains.

The opening of new chapters should take place at the Intergovernmental Conference with Serbia, which is usually held on the sidelines of ministerial meetings for foreign and general affairs, this time to be held on December 9 and 10. However, the ministerial meeting in December takes place a few days before the Conference on the Future of Europe, organized jointly by Paris and Berlin, is due to begin. That coincidence, despite all the efforts of Finland, which currently holds the EU presidency, could be the reason why Serbia will not open any new chapters this month.

With his move, however, Paris will not stop Serbia's accession process, said Slobodan Zecevic of the Institute for European Studies. "The French Ambassador to Belgrade said that Paris is counting on Serbia's EU membership. It's about timing, about the pace of accession. I think, at this point, there is an overlap with important talks about the future of the EU over which there is alleged agreement between President Macron and the Chancellor Merkel", Zecevic says.

"If at least one chapter opens, it means that the accession process is not completely frozen. If none is opened, it would mean that it is frozen and that we should wait for the institutional reform to take place first", Slobodan Zecevic told Sputnik.

The prospect of Serbia-Montenegro becoming full-fledged EU members by 2025 was met with criticism almost on the same day that former European Commission President Jean-Claude Juncker released the idea two years ago. Since then, things have been getting complicated for Serbia. Along with the unresolved Kosovo issue and unfavorable EC reports, another issue is imposed, that does not depend on Serbia at all, namely - the EU reform.