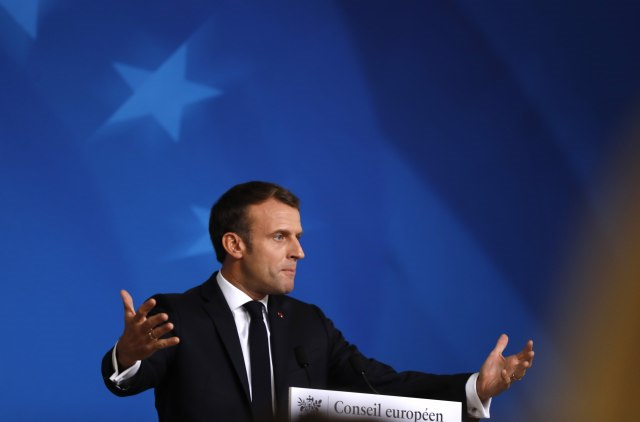 “Observers in the region see France and The Netherlands’ policy as not being fair and motivated by domestic politics and stereotypes,” Bieber said. "This undermines the EU as being a fair player and having clear criteria, especially since the commission has given the green light for negotiation."

"I think this is elite skepticism in France about enlargement, loss of power in the EU and frustration that the French candidate for the European Commission has not been confirmed at hearings in the European Parliament," Bieber said in an interview with Skopje's "360 degree" program.

He estimated that there is currently a sense of frustration about the EU, and therefore he believes that Macron had turned against both countries - Northern Macedonia and Albania.

"We see Macron's criticism of the policies of the governments of Northern Macedonia and Albania, but much more towards the EU and its partners in the Union," Bieber said. Asked how he understands Macron's message that not all candidate countries should end up as full EU members, but rather that they should consider some kind of "privileged partnership", Biber says he thinks Macron does not have support for such an idea.

"I think he doesn't have support for that idea. I don't think this view is based on a long-term vision, so I doubt France will succeed in fostering that idea of replacing enlargement with privileged partnerships. I think it's more productive to say that enlargement will take longer, longer than we hoped for. Even if all goes well, Northern Macedonia will not join the EU in the next 10 years", Bieber said.

Now, he added, that period will be even longer.

"I know it's frustrating. In the meantime, privileged partnerships can take place in accessing structural funds, integrations into EU economic and environmental policies and other ways to reduce the gap. But Macron's idea of a privileged partnership, such as the EU, for example, has with Ukraine, sounds ridiculous after keep promising membership to the Western Balkan countries for 20 years. I don't think others in the EU will accept it", Bieber said.

Asked what she thinks of German Chancellor Angela Merkel's stance and whether she was strong enough to prevail and make a positive decision in Brussels last week, Bieber says it's hard to say what's been going on behind closed doors.

He pointed out that Germany and Angela Merkel have been pushing hard to start negotiations, perhaps, as he says, not as strongly as before, but not without a willingness to cross certain lines when it comes to pressure.

"What we have witnessed is that not only Germany but the vast majority of member states have supported enlargement, especially the opening of negotiations with the EU", Bieber said, adding that many member states opposed France, which, he said, was an encouraging sign that there are many countries committed to EU enlargement.