Jutarnji: What happened sends a message to Serbia and Montenegro - you're not welcome

Like many times before, arrogant Croatian public did not even look back at a recent event that has strongly shaken the "region", Jutarnji List writes 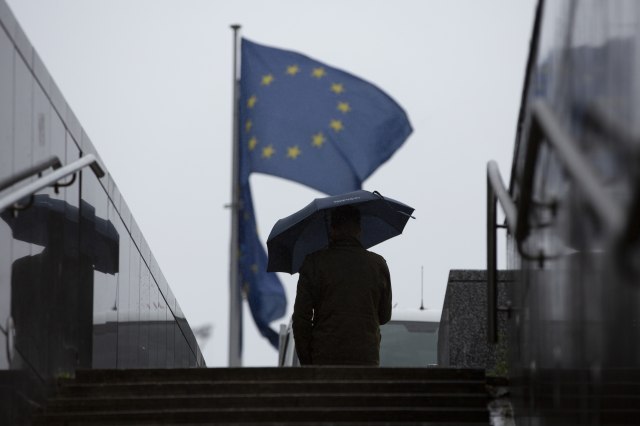 It is a decision of the European Council not to open membership talks with Northern Macedonia and Albania. The decision, which deeply compromises the EU, as an institution that can be trusted as much as Donald Trump, but also a decision that puts Croatia in a terribly embarrassing position, writes the author Robert Bajrushi.

"Whether we like it or not - Croatia is in the 'region', and the turmoil that may ensue because pseudo-liberal Emmanuel Macron, in order to show that he has an impact in European politics, has failed to keep all the promises the EU has made to Macedonians and Albanians, may not be felt in Denmark and Portugal, but it certainly will here. It is yet to be seen how intense the aftermath of this decision will be", the author states in a text in Jutarnji list.

Moreover, he assesses that EU proved to be an untrustworthy community which fails to deliver its own promises, and what is even worse, such attitude opens up space for Russia, Turkey and Chin to enter the same region, perhaps leading to new conflicts and wars.

All this could have been avoided by a simple decision to open negotiations with Skopje and Tirana, but Macron decided to cook the porridge, which others will now have to eat.

Jutarnji list reminds that the decision to open negotiations does not mean automatic membership, but has only a symbolic meaning in order to acknowledge what has been achieved and to encourage EU candidate countries to a long and tiresome process of accession.

"This is not your fault, it's our fault"

The leading European politicians also seem to be ashamed.

"It is not your fault, it is ours. You have done your job, we haven't done ours", European Council President Donald Tusk told citizens of Albania and Northern Macedonia.

"I think this is a historical mistake", warned Jean-Claude Juncker, who is saying goodbye to the duties he performed as the President of the European Commission.

Vladimir Putin and Tajyyp Recep Erdogan must be happy to see what the European Union is doing. Because the rejection of Macedonia and Albania is at the same time a message to Serbia, Montenegro, Bosnia-Herzegovina and Kosovo that they are not wanted within EU.

It's legitimate, but what about the consequences?

"If Europe does not want us, someone else does", Croatia's Balkan neighbors will respond. Why shouldn't Serbia continue to import Russian weapons and allow Chinese investments, while bringing relations with Kosovo to the brink of conflict?

"Who can prevent establishing even closer ties between Republika Srpska and Serbia, or Albania and Kosovo, as well as the disintegration of Macedonia and Bosnia-Herzegovina. Under such circumstances, why wouldn't Bosnians rush into Turkey and Dragan Covic set out to rebuild Herceg-Bosnia? And there we are, again facing with potential reliving of the horrible events of the 1990s", the author concludes.