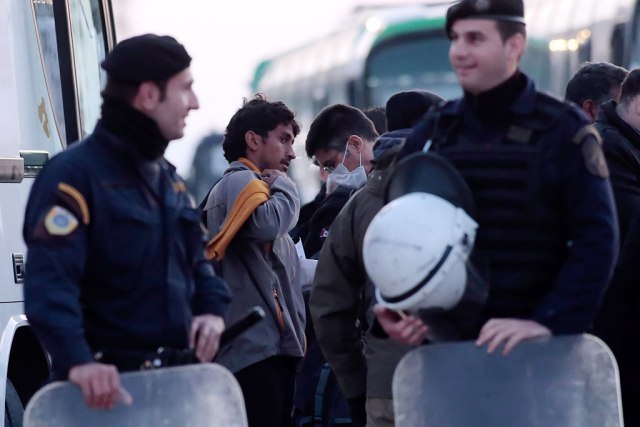 And this will soon happen on other borders of the Western Balkans, says the agency's executive director, Fabrice Leggeri.

Leggeri attended a ceremony in Tirana yesterday to mark the start of the observation mission of the Frontex (European Border Security Agency) along the entire borderline between Albania and Greece.

In an interview with Top Channel, he said that there is a long-standing cooperation between the European Union and Albania, and that from 2016, Frontex has had the opportunity to expand its activities in countries that are not members of the Union.

"The expansion of our operation in Albania is a political decision of the European Union. We will soon have similar border controls in other countries in the Western Balkans, but Albania is the first in the region," Leggeri said.

According to him, the Frontex mission at the Greek-Albanian border will be an operational actor that will assist the Albanian border police through observation and control, adding that they are focused on illegal trafficking in humans, illegal crossings, illegal immigration, including all criminal activities that can be detected at the border, which is in accordance with the mandate of the mission.

"The goal is to better monitor illegal immigration from Greece to the north of Albania, and there are also activities such as cross-border illicit trade, we want to help the Albanian law enforcement authorities and border authorities," said the CEO of Frontex.

Lageri added that Fronteks was at the Albanian-Greek border launching a mission with 50 border officers coming from 12 EU member states that have technical equipment and patrol vehicles. According to him, if there is a need, the number of mission members will be increased.