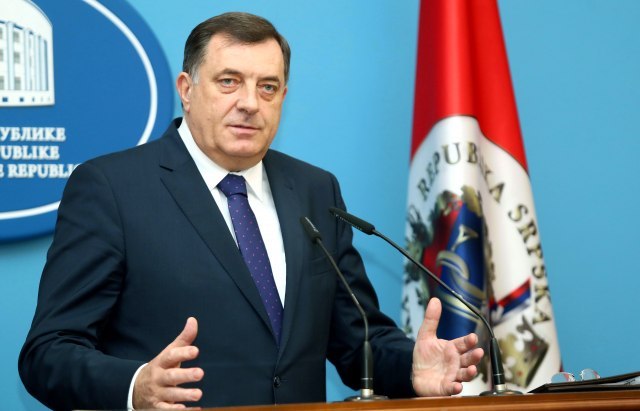 Speaking about the meeting, called for Thursday to discuss the intention of the leading Bosniak (Muslim) party, the SDA, to ask the Constitutional Court of BiH to change the name of the RS, Dodik said he expects all political representatives of Serbs to gather for consultations, "because this is a thing that brings us together."

"The RS is equally in the interest of the authorities and of the opposition," he has been quoted as telling the N1 broadcaster.

"The SDA has launched the initiative, but I'm not stupid. You mean to tell me to let them be and then cry about it? We don't trust the Constitutional Court that will always rule against the RS. If the SDA wants to do this, I will push for rigorous protection measures of the RS. We have all laws that enable us to take control of the border overnight already written. All we need to do is to schedule a parliament session and we can do this," said Dodik.

Asked if the Bosniaks would "look at this peacefully," he replied, "And what would they do?"

Asked whether he spoke with the Bosniak member of the BiH Presidency, Safik Dzaferovic, after the announcement of the initiative, Dodik answered affirmatively.

"Yes, we spoke. I told him, 'What are you doing, are you aware that you are starting up processes that do not work in your favor.' He claims that this is something legal. I really think this is unnecessary, that it substantially conditions relations and I still believe that it will not happen. This has stoked the fire in BiH," Dodik told N1.