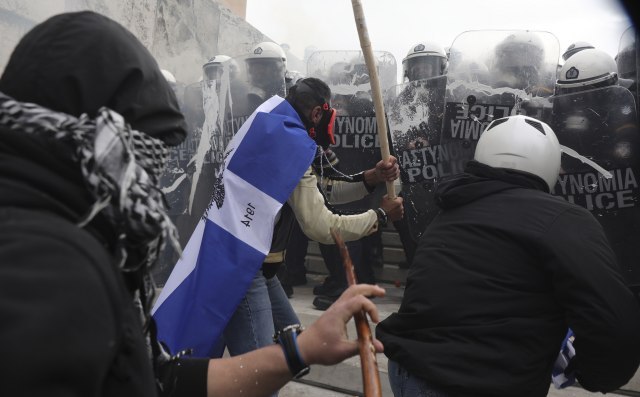 A vote has been scheduled in the Greek parliament for Friday to ratify the Prespa Agreement, changing the name of Greece's neighbor to the north from "the Republic of Macedonia" to "the Republic of North Macedonia."

Organizers issued a statement describing the rally as an ultimate attempt "to prevent the ratification of the shameful agreement," Greek Ekathimerini is reporting on its website, adding that a similar protest on Saturday gathered tens of thousands of people and resulted in at least 25 police officers being injured and seven protesters arrested.