RS Day is being celebrated on Wednesday in Banja Luka and in other towns of the Serb Republic (RS). 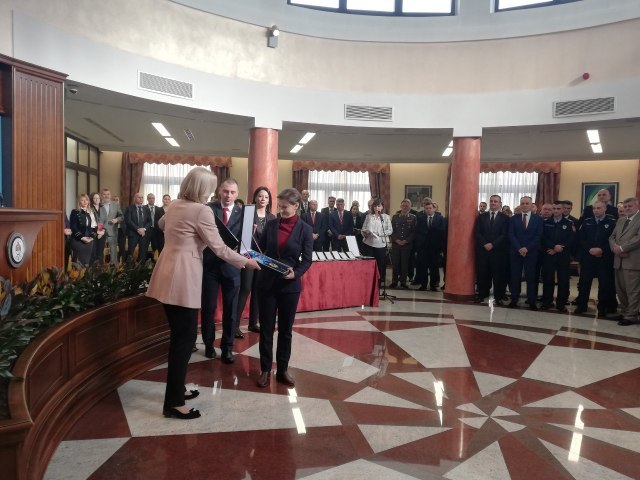 On this day in 1992, the Assembly of the Serb People of Bosnia-Herzegovina (BiH) established the Serb Republic - which became one of the two entities in BiH after the end of the war there in 1995.

The marking the 27th anniversary of the RS began yesterday with the laying of wreaths at the Monument to the Fallen Soldiers of the Army of the Serb Republic, while the central ceremony will be held today.

Serbian Prime Minister Ana Brnabic arrived in Banja Luka on Wednesday morning, where she will attend the celebrations, and was welcomed by RS Prime Minister Zeljka Cvijanovic.

Brnabic received the Order of the RS during a ceremony awarding decorations to deserving institutions and individuals.

The prime minister said Serbia-RSa relations go beyond the formal frameworks of the usual bilateral cooperation and contained something much larger than the "diplomatic" and the administrative.

"What they are about is concrete, real care of Serbia for the survival and progress of the RS," Brnabic said.

Without forgetting the past - which must not be repeated - we must turn to the future: to cooperation, peace and stability and to care for the generations to come, as well as to the obligation to create a different region and a better future for them, she said.

Serbian Defense Minister Aleksandar Vulin is also attending the celebrations in Banja Luka today, as is a delegation of the Serb List from Kosovo, led by its leader Goran Rakic.

Numerous believers and RS officials welcomed Serbian Patriarch Irinej this morning in front of the Temple of Christ the Savior in Banja Luka, where he served liturgy on the third day of Julian calendar Christmas dedicated to St. Stefan.

January 9 is a non-working national holiday in the RS - and also for Serbs working in the other entity of BiH, the Muslim-Croat Federation of Bosnia-Herzegovina (FBiH), as well as in state institutions of BiH - although the holiday is considered unconstitutional there.

In 2015, the RS National Assembly adopted a declaration stating that RS Day would not be abolished regardless of the decision of the Constitutional Court of BiH that was pending at the time.

RS citizens then voted in a referendum to overwhelmingly confirm this decision.