A plane of EU's border agency Frontex, acting in cooperation with the Croatian police, recently recorded an attempt to smuggle migrants in the Lika region. 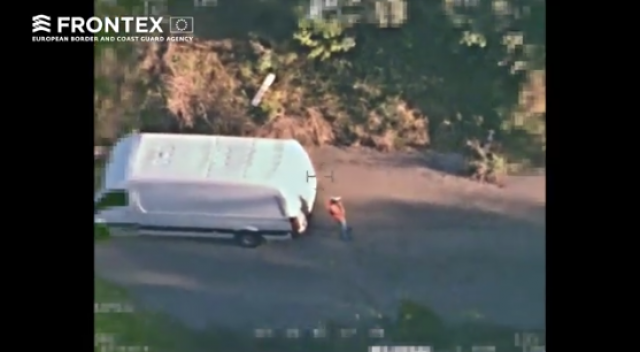 The video shows a white van and a man standing in front of the vehicle waiting. Soon, some 20 migrants walk out of a forest and quickly enter the van.

The Frontex plane followed the van unobserved, writes Croatia-based website Index, adding that the van at one point stopped at a gas station. After that, the driver continued along a highway, when the mobile (Croatian police) unit of the Cobras appeared behind the van and stopped it.

Two Croats who were transporting the migrants were arrested, and migrants returned to Bosnia-Herzegovina, the report said, adding that the operation "lasted only 15 minutes."