After having "disappeared" five days ago - because of a prison sentence he was to serve - former Macedonian PM Nikola Gruevski has resurfaced. 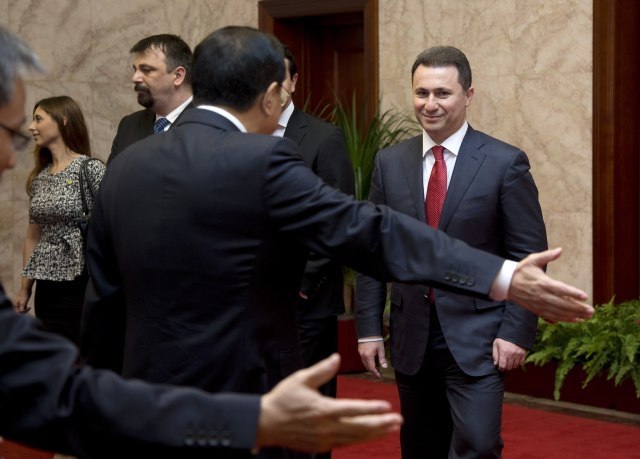 Gruevski (R) is seen in this file photo (Getty Images)

"I am in Budapest and I have requested political asylum from the authorities in Hungary," Gruevski wrote on Facebook on Tuesday. He added that in the past few days, he received death threats.

However, it remains unclear how he reached Hungary - since he is under special security measures due to the proceedings against him, but also because of the fact his passport was confiscated in July of last year.

"I will always remain faithful to Macedonia. I will never give up," said Gruevski, for whom the Macedonian authorities issued an arrest warrant after failing to serve him with court papers to serve a two years in jail for abuse of office connected to acquisition of an armored Mercedes car.

Until now, Gruevski's location was unknown - and he is additionally a suspect in three more cases opened by the Special Prosecution in Skopje.

The lawyer representing Gruevski earlier today announced that President Gjorge Ivanov was "the last chance" for his client to avoid the two-year prison sentence. Ivanov, however, has not reacted in this regard thus far - even after the recent calls by a group of citizens to pardon the former prime minister.

Macedonian PM Zoran Zaev reacted to the news by saying that "this information is being checked."

Later on Tuesday, Skopje announced that an international arrest warrant had been issued for Grueveski.