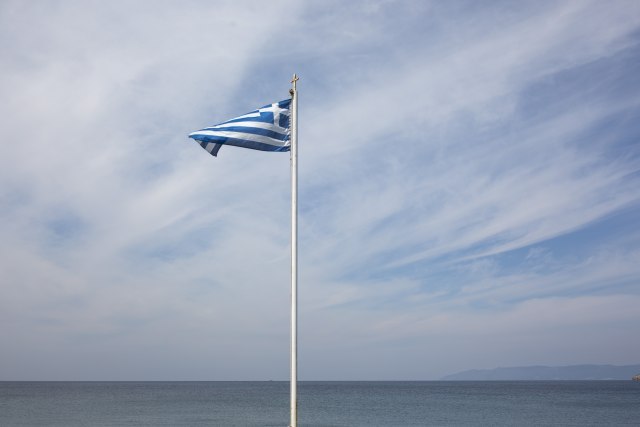 The killing has caused a strong reaction from Athens.

According to Albanian media, the victim, Konstantinos Katsifas, a 35-yer-old, shot from a Kalashnikov (AK-47) rifle at Albanian police officers who were removing the flag.

The incident took place in the Albanian village of Bularat, mostly inhabited by (ethnic) Greeks, who had gathered to mark the anniversary of Greece's entry into the Second World War on October 28, 1940, reports Greek daily Kathimerini.

The Albanian police say that Katsifas "fired at them" and that they had returned fire and killed him.

The Greek Foreign Ministry said it was "unacceptable that the operation led to the loss of human life."

"We await for the Albanian authorities to provide complete clarification about the conditions under which the Greek citizen lost his life, and we shall proceed with all necessary action immediately," the Greek Ministry said in a statement.

The Albanian Ministry of Foreign Affairs announced that it "regrets the unjustified politicization" of this case.

The Albanian ministry also stated that it "assures its neighbors that Albania is a safe and peaceful country for all its citizens, including the Greeks."

Due to the killing of the Greek man, members of the right-wing Golden Dawn party were protesting in front of the Albanian embassy in Athens, reports AP - a protest which shut down the street. The US agency also quoted Albanian media, who are saying that Katsifas was "a member of Golden Dawn."

Katsifas was born and raised in Bulart, a village six kilometers from the border with Greece, and has recently been living in Athens.

The Albanian police said in a press release that the victim "first fired in the air, and then at the police vehicles that were approaching him."

The press release added that Katsifas was later "hiding in a nearby mountain and continued to shoot at the police."

Albanian police say he was killed in an exchange of fire, AP reported, adding that Katsifas held dual Albanian and Greek passports.