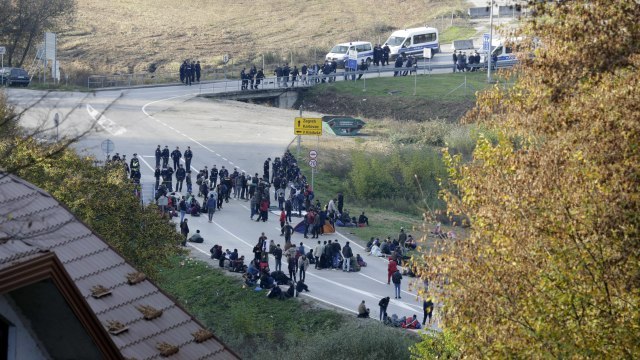 They are headed towards the border.

According to information from Sarajevo-based media, the clash between police officers and migrants has produced injuries.

Thanks to breaking through the cordon, between 150 and 200 migrants found themselves on a bridge connecting Bosnia and Croatia, among which there are women and children, according to regional broadcaster N1.

More than 100 migrants also spent the night near the Maljevac border crossing, awaiting to cross from BiH to Croatia.

At the same time, at the railway station in the town of Bihac, the police blocked a train that arrived from Sarajevo and would not allow the passengers - mostly migrants - to disembark. The website Klix is reporting that the police have also blocked the entry of buses that are transporting migrants to the Una-Sana Canton.

Spokesperson of the cantonal Ministry of Internal Affairs, Snezana Galic, said that after the yesterday's meeting with the Minister of Security of BiH Dragan Mektic, the police received an order to prevent the movement of migrants towards that canton, as well as that a meeting of the operational group for the oversight of the migrant crisis is underway - after which more information will be available.

More than 10,000 migrants who want to move toward Croatia, that is, the EU, are currently situation in bihać and other towns in western BiH