According to the first official results Sefik Dzaferovic, Zeljko Komsic and Milorad Dodik havewon the elections for the Presidency of Bosnia-Herzegovina (BiH). 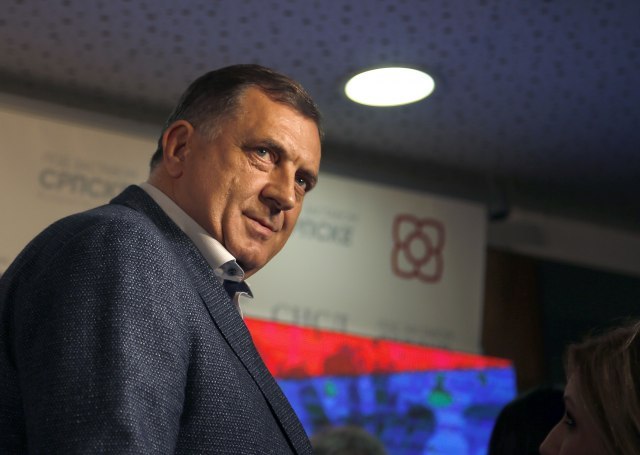 They will represent Bosniaks (Muslims), Croats, and Serbs, respectively, in this tripartite body.

Dodik, who serves as president of the Serb entity in BiH, the Serb Republic (RS), won the most votes - 55.15 percent, while Mladen Ivanic, the current member of the Presidency and an opposition politician in the RS, received 41.98 percent, according to the Central Election Commission, based on ballots from 43.42 percent of polling stations.

Ivanovic has announced that he will contest the results and demand a recount.

Dodik, for his part, said he would, once in his new role, immediately work to shut down the office of the high international representative in BiH, currently occupied by Valentin Inzko.

"I will try through my diplomatic contacts to secure support (for that). I know Russia is in favor, most countries are, Serbia agrees, Croatia agrees. It only remains for America to agree," Dodik said as he celebrated his victory.

In the race for the Bosniak member of the Presidency, SDA candidate Dzaferovic won the most votes, 37.97 percent - replacing party leader, Bakir Izetbegovic in the presidency, while Komsic - who will replace Dragan Covic - won more than 49 percent of the counted votes.

President of the Central Election Commission, Branko Petric, said that official data shows the voter's turnout at the BiH level was 53.36 percent, while in the Serb Republic (RS) it was slightly higher - over 57 percent.