Macedonia's referendum on changing the name of the country has failed due to a low turnout. PM Zaev will now move the decision-making process to the Assembly. 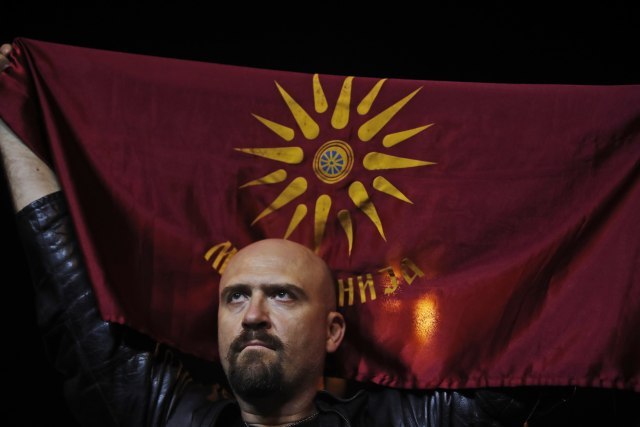 Macedonian citizens on Sunday voted on a deal reached with Greece, while the referendum question was formulated this way: "Are you in favor of membership in the EU and NATO by accepting the agreement between the Republic of Macedonia and the Republic of Greece?"

The referendum, which was not binding, required at least 50 percent plus one citizen to turn out and vote. However, the State Election Commission said the number was only 36.11 percent. Of those, 91.25 percent voted "yes," while 5.82" chose "no."

The Commission's director, Oliver Derkoski, told reporters that it was "clear a decision had not been made through this referendum."

Macedonian Prime Minister and SDSM party leader Zoran Zaev said the issue would now be moved to parliament, and if that does not succeed, he announced early parliamentary elections. Zaev said prior to the referendum that he would resign if it was unsuccessful, but yesterday changed his mind, saying he would not resign.

Zaev also said the referendum was successful: "Today we had a successful referendum, a majority of citizens voted 'yes'". He recalled that a two-thirds majority is needed in parliament in order to carry out constitutional changes and called on political opponents to "keep their party and personal interests aside."

On the other hand, the opposition, that is against the agreement with Greece, was out on the streets celebrating last night. The leader of Macedonia's largest opposition party, VMRO-DPMNE, Hristijan Mickovski, said that the citizens - those who voted "no" and those who did not turn out to vote - sent a message saying "this is Macedonia" - and assessed that Macedonia has spoken against the agreement with Greece.