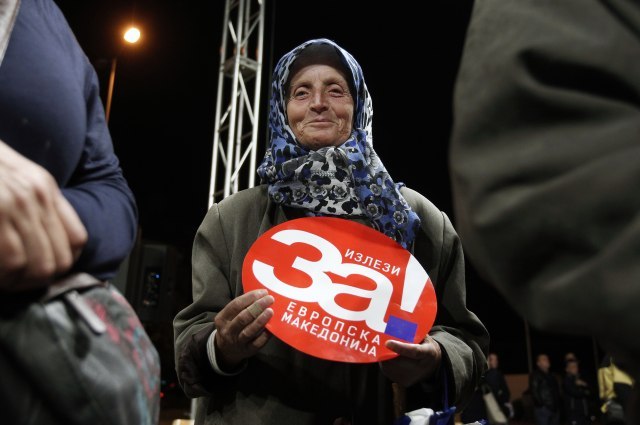 A woman holds a sign reading, 'Come out for European Macedonia" (Tanjug/AP)

Macedonian citizens will vote on whether to change the name of their country to "North Macedonia" - i.e., support an agreement reached with Greece after a multi-decade dispute.

According to the latest polls, most of those who said they would vote will circle "yes" - but it remains uncertain whether the turnout will reach the necessary minimum of 50 percent of voters.

Several dozen citizens, who told MIA agency they were not organized, gathered on Thursday evening in front of the country's Assembly to express their support to boycotting the referendum.