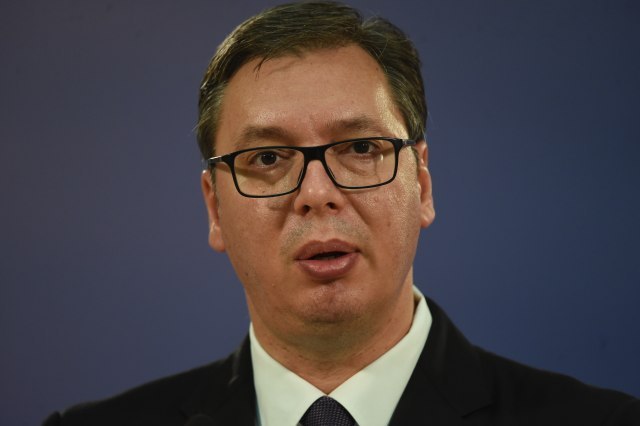 The Serb Republic (RS) Prime Minister Zeljka Cvijanovic said this on Tuesday, and added that she was "certain that after the election all the evidence will be presented."

Cvijanovic recalled that Vucic said he possessed "astonishing evidence" about the interference of Western powers in the upcoming elections in the Serb entity in Bosnia-Herzegovina (BiH) - "because Serbia is a serious country, whose services are capable of coming up with such information."

According to the entity's public broadcaster, RTRS, Cvijanovic noted that the current Serb member of the tripartite BiH Presidency, Mladen Ivanic (an opposition politician in the RS) "never found it fitting to say that foreigners are interfering in elections in BiH, but warned instead that Serbia should not interfere in the electoral process."

"Vucic is not meddling in the (local) elections, instead with Serbia's institutions he is trying to help precisely local communities throughout the RS. The fact is that they invested 21 million euros in the previous period just to support projects that are important to our local communities," she told reporters in the town of Zvornik.

Cvijanovic noted that this shows how important it is for Serbia to leave its mark and show its stance towards the RS, its institutions and especially its citizens, which, as she said, should be appreciated by everyone.

"Ivanic, unfortunately, probably believes that Serbia is interfering in elections by building a school, a road or a kindergarten in the RS. That's the wrong conclusion because Serbia wants to help our citizens," Cvijanovic said.

She stressed that Ivanic "never wanted to say that precisely the foreigners, from Western countries, and those meddling in BiH elections - they have their favorites and are pumping funds into supporting activities against the current authorities in the RS and into backing the opposition forces."

Aleksandar Vucic said on Monday during a meeting of his SNS party's Main Board in Belgrade that after the October elections in BiH, he would present "astonishing evidence of the most brutal interference of certain Western powers in the elections in the RS."