The participation of Israeli warplane in the marking of Operation Storm anniversary in Knin has no political elements, the Israeli embassy in Belgrade has said. 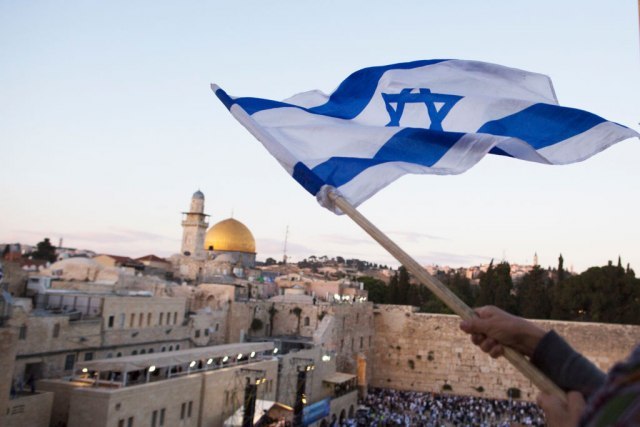 As stated, it was "in exclusive connection with the contract by which Croatia purchased F-16 aircraft from Israel."

"Croatia has bought F-16 aircraft from Israel, and their participation is in exclusive connection with this sales contract, it has no political elements or anything to do with historical relations between Serbia and Croatia," the statement said, issued "on the occasion of the current events during the celebration of Operation Storm in Knin and the participation of the Israeli delegation."

As it is added, Israel #greatly appreciates friendship with Serbia, and there has been no change in the Israeli policy towards Serbia, as proven by President Rivlin's official visit two weeks ago."

"During the visit, the president was deeply touched, pointing to strong ties and friendship with Serbia. The president also expressed a clear position on remembering the past," the statement read, apparently a reference to Rivlin's speech at the site of Croatia's WW2 death camp Jasenovac.

In this sense, "the strong friendship between Israel and Serbia will never be endangered in any way," said the Israeli embassy the fact that Israeli fighter jets and their pilots actively took part in a parade to celebrate the 1995 Operation Storm "which killed hundreds and displaced hundreds of thousands" has triggered harsh criticism from Belgrade.

“Serbia is deeply disappointed about the participation of Israeli pilots and fighter jets today, because for us Operation Storm in 1995 was a kind of pogrom,” Serbian Ambassador to Israel Milutin Stanojevic, told the publication on Sunday.

Almost the entire Serb population of the area was removed from their homes by military force during the operation, the article noted.

"It was the biggest exodus of a nation since the Second World War," Stanojevic said, adding that Israel’s participation in Croatia’s victory celebration "is not a friendly gesture toward Serbia."

On Sunday, Croatian media showed photos of at least two Israeli F-16s flying over the city of Knin, together with Croatian MiG-21s, said the Times of Israel.

Stanojevic said: "For the Croatian side, maybe these are days of triumph, but for the Serbian side these are days of mourning. We mourn the exodus. More than 2,500 people died. The resting place of many is not known. More than 250,000 people fled Croatia, mostly civilians. This is not the time or the place where another country should be involved."

The director of Simon Wiesenthal's office in Jerusalem, Nazis fighter Efraim Zuroff also criticized the participation of Israeli fighter jets in marking the Croatian military and police offensive against Serb areas 23 years ago.

"Very upset that Israeli Air Force jets will be flying in event to mark '“Operation Storm' during which Croatia expelled 250,000 Serbs from their homes in Croatia. Until today no foreign country has ever participated!!," Zuroff wrote on Twitter.