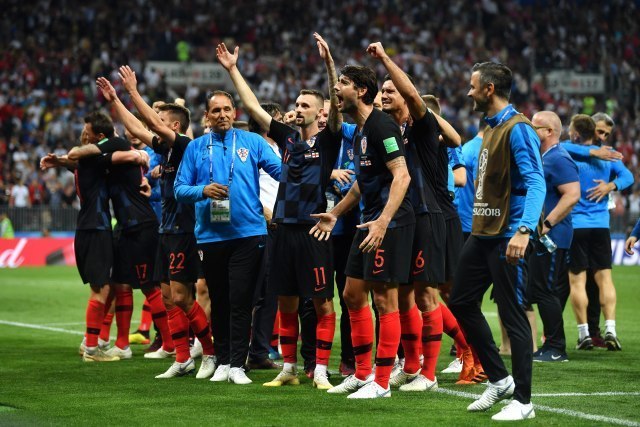 It’s undeniable that this promotional effect was greater than the results of all the investments that Croatia has made into its promotion in the world since its birth combined.

Football is the most popular sport on the planet (208 FIFA members, over 250 million registered players, 192 UN members), so it is understandable why the World Championship attracts so much attention across the globe, and also represents a fantastic promotion model for each participating country, especially those that achieve notable results. This promotional effect is especially important for a small and young country such as the Republic of Croatia.

Therefore, this planetary and historical success, apart from the sporting dimension, has an unprecedented promotional dimension and a positive effect on the country, of course in all parts of society and the world. There are different ratings on the actual promotion value of this World Cup overall, especially in the long run. Still, looking at different data and consulting with a number of media and experts, I tried to find a model that would point to the promotion value for the Republic of Croatia, if not the whole competition in the long run, at least of the finals and the promotional effect in the short term.

- current media prices (source: HTV 2018., prime time, ratings and CPT) for paid airing of messages,
- finals were followed-watched by far more than one billion viewers via TV, people across the world (source: FIFA, Brazil 2014, 1.01bn.),
- if only 10% of the time a promotional content of Republic of Croatia was communicated (this time includes part of the communication in the announcements of the finals as well as reports after the finals across the globe),
- online reach (source: We Are Social 2018) in all its forms; (7,6bn. people, around 4bn. users, over 3bn. on social networks),
- indexed (minimally 1, usually 3) value of paid time and space regarding persuasiveness and effect from this form of unpaid promotion (communication),
- indexed (minimally 1) value for all other channels (all media and all forms) including digital, whereby internet activations are indescribable and immeasurable.
- Indexed (minimally 1) short term value (all communication effects during the World Cup across channels and forms)

In short, the projection of the promotion effects of the finals and the FIFA World Cup (regardless of the concerns we may have towards the approach and regardless of how minimalistic parameters we use in the calculations) gives the answer to how much the Republic of Croatia would have to invest (in just a short period of time of several weeks) to achieve such visibility, the level of information and the positive reaction of such a huge auditorium across the world. Calculating based on individual indicators, we come to the amount of approximately HRK 10.0 billion, or about EUR 1.3 billion. If we add to this the long-term effects, we can say with great deal of probability that the promotional value of the FIFA World Cup is greater than EUR 1.5 billion, ie. exceeds 3% of the Croatian Gross Domestic Product (DZS, GDP, 2016).

Of course, there’s room to discuss a whole set of elements that lead to such projections. Ultimately we only look at the promotional (communication) aspect; in the short term, there has undeniably been a growth across the sectors (personal consumption, household appliances … data of HGK 2018). Considering the above, and a range of stimuli that Croatia will get from this achievement (just think of the promotional impact this has on the Croatian tourism sector, the image of the country and the atmosphere in the community …) it is undeniable that this promotion effect is greater than the results of all the investments Croatia has made in its promotion in the world since its inception, combined.

So, the real actors of this achievement are our football players and our team; and they undoubtedly deserve the greatest awards, not just in sports, but also those that far outstrip the sport, so once again, I want to thank them as well … thank you for the joy – indescribable joy!