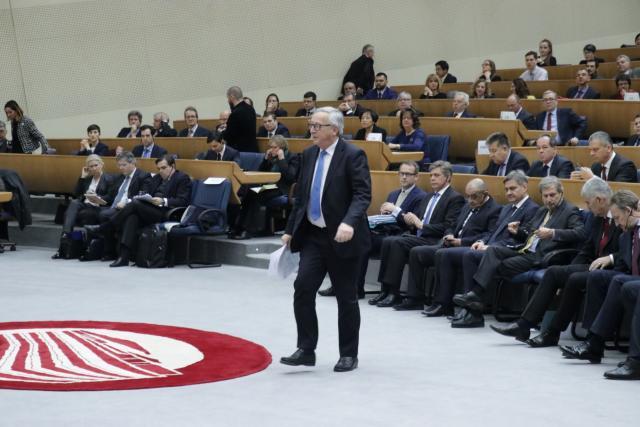 "The choice you made in February 2016 is the choice that every EU member state has made. The EU was not self-evident, it was always an explicit choice. You will never achieve anything in the EU unless you make an effort. That means an effort not only by the politicians, but also by the citizens," he was clear.

He also said that the reforms sought by the citizens are necessary in order to overcome disagreements. "Disagreements are not good for your citizens. I'm sorry that there are such differences. Very often this process is seen as a technical process. It's about accession to a spirit, the way in which we would live together," Juncker said.

He stated that it was necessary for all forces in Bosnia-Herzegovina (BiH) to unite. "This is your choice for future generations. That is why I want to address the youth of BiH. We want to assure them that we wish to implement all reforms in order to ensure a better future for them," Juncker said. According to him, the Olympic spirit will return to Bosnia-Herzegovina.

"This Olympic spirit is very important to the European spirit, so that people of different cultures, different religions, different nationalities can live together. The EU is a project of reconciliation that respects diversity," Juncker said. He also recommended "looking beyond cultural differences."