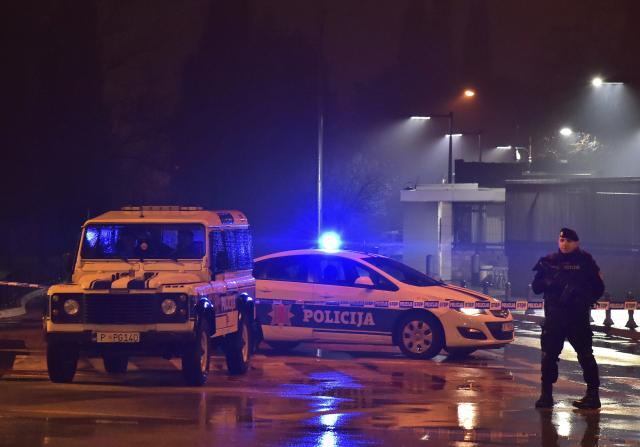 Instead, he activated another device accidentally, they said.

On Thursday, Podgrica-based newspaper Vijesti said on its site that Jaukovic, a resident of Podgorica, was born in Kraljevo, a town in Serbia, "and was, judging by his Facebook posts, opposed to Montenegro's membership in NATO."

The report added that he published on his profile "a charter about a decoration dating to 1999, with the signature of Slobodan Milosevic."

According to this, Jaukovic was decorated as a member of the Yugoslav Army (VJ), for "outstanding commitment in performing duties and carrying out tasks in the defense and security of the homeland."

Earlier in the day, reports said that an unknown attacker threw a hand grenade at the US embassy in Podgorica, Montenegro last night, "before blowing himself up in front of the building. "

The Montenegrin police confirmed that a hand grenade - so-called "kashikara" (M-75) had been used, the website CdM is reporting.

The US embassy said in a press release that the attack took place around midnight, and that its staff were cooperating with the police on identifying the attacker.

The building has not been damaged.

Montenegro's higher state prosecutor said the Special State Prosecution had been informed about the details of the attack.

The police had the boulevard where the attack - the motive of which is unknown at this time - took place blocked from the building of Montenegro's Agency for National Security, to the US embassy building.