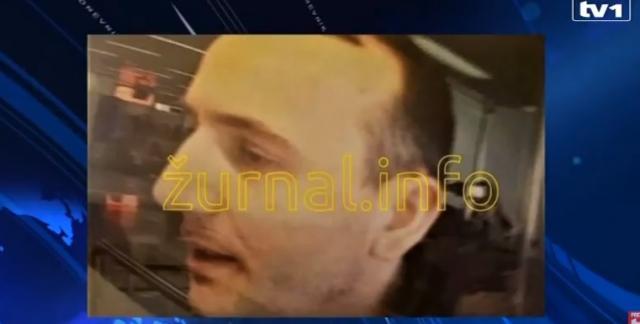 It emerged on Thursday that Kandic was arrested in Sarajevo on July 4 this year, and had since been kept in extradition prison.

Minister of Security of Bosnia-Herzegovina Dragan Mektic confirmed this, and took the opportunity to thank the country's security and intelligence agencies for their activities in this case.

The Fena agency is reporting that Mektic, speaking at a news conference, said such "events" improved Bosnia-Herzegovina's image abroad, and announced more details about Kandic for "the coming days."

Mektic on Thursday revealed that the suspect operated under "ten different identities" - and used a passport issued by Kosovo to enter Bosnia-Herzegovina, under the name "Ivan Popovic.

The minister said Kandic was arrested in an apartment in Sarajevo's Grbavica neighborhood, and that "all of his possible helpers" would also be uncovered.

Mektic said the case was "a zero-tolerance message to anyone close to extremist, terrorist, or radical groups," and described Kandic as "the brain of Islamic State" - who was "merely hiding in Bosnia-Herzegovina and several other countries around the world - but never acted in Bosnia-Herzegovina with the goal of gathering supporters of terrorist organizations, because that would have compromised him and he would have been arrested sooner."

Meanwhile, the Sarajevo-based website Zurnal is reporting that Kandic allegedly organized "at least 20,000" crossings of new jihadis from abroad into the Islamic State-held territory, and referred to himself as "border boss."

According to this, Kandic's task was to run checks on persons coming from Western countries who wished to join the terrorist organization.