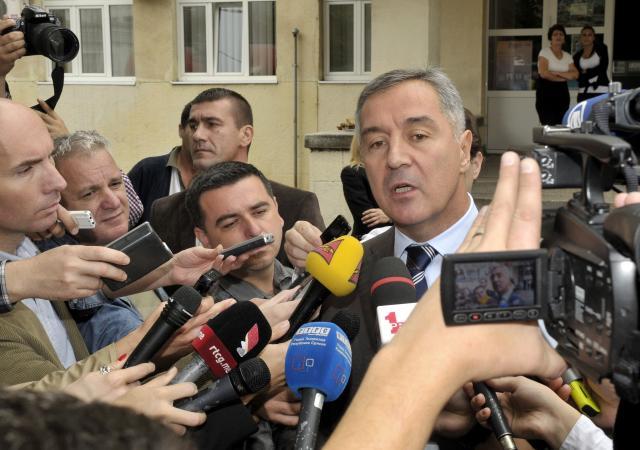 Addressing a local DPS committee in the town of Danilovgrad, the former prime minister and president said his party "has no problems with the fact that it has been in power for a long time" - and has "no intention of moving."

"We will always fight to win, even in the next 100 years! Whether or not we will be winning depends only on us," Djukanovic said.

He assessed that "the victory in the October elections was achieved conditions more difficult than ever" and added that it was "a brilliant victory of Montenegrin determination to defend its freedom and the right to its own choice."

"Our right has never been so under attack and jeopardized as in October 2016. Our policy was most brutally attacked with the desire to take away our right to direct our future," Djukanovic said.

He said this " attack" was "an evil plan" that came from "(our) more numerous Slavic Orthodox brothers" - to whom "the greatest evil happened, because Montenegro evaded their pretensions to rule us." This generation, he said, had the strength for two great historic victories.

"One was to renew the independence and build our state house after 100 years, and the second was the historical turn that this generation has made toward the Western system of values," said Djukanovic.