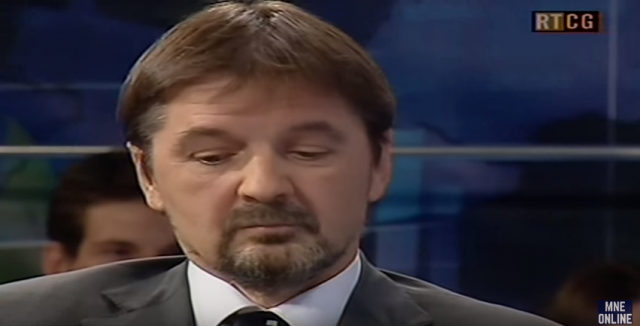 Podgorica-based daily Vijesti is reporting that it received confirmation of this from sources close to the MP, Miodrag Vukovic.

The report said Vukovic would be deported on an early Monday morning flight to Tivat, Montenegro. The same source told the newspaper that Vukovic was detained "for political reasons", based on "some federal law."

According to the Montenegrin daily, he was kept a room at the airport's ""no man's territory" where he had no access to water and toilets, and where "until recently dozens of people in a similar situation stayed."

Allegedly, Vukovic was told that he was "a persona non grata."

"His health is bad," said the same source.

It is also stated that Montenegrin embassy staffers reached Vukovic just before midnight, "and allegedly did not know what this was about."

"The Russian ambassador in Podgorica is playing dumb," an unnamed interlocutor of the daily claimed earlier.

It is stated that Vukovic was told by "several members, probably of the security service" that he could not continue his trip, "and was not allowed to use his phone or charge the battery."

He later contacted the Montenegrin embassy in Moscow.

Vijesti is further reporting that after a representative of the embassy - who also received no explanation of why Vukovic was being held - arrived at the airport - the DPS officials was "offered to continue his trip by flying to Minsk early in the morning, but he refused."

The article said that he received no official document related to his detention, which occurred at around 19:30 hours on Sunday.

Montenegrin Ambassador in Moscow Igor Jovovic allegedly contacted his Russian counterpart in Podgorica Sergei Gritsay, who said he "does not believe this is happening" and "cannot do anything about it because it is now too late."

Vukovic was told that his passport, that had been seized, would be returned to him when he boards a plane out of Moscow.

Along with an associate, Vukovic was en route to Minsk, Belarus, where he was to take part, as a representative of the Montenegro Assembly, at a Central European Initiative gathering. The associate also stayed in Moscow, but was not detained.

According to Vijesti, Russia will pay the expenses related to Vukovic's deportation.