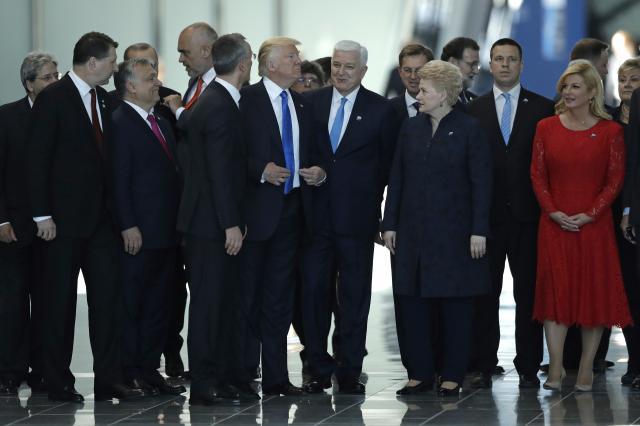 Markovic said that he "saw reactions about it on social networks."

"It's a harmless situation and that's the only way I see it. I would also like to say that it is natural for the US president to be in the front row," he said, and, stressed, with a smile: "It belongs to him."

Podgorica-based daily Vijesti is reporting today that Markovic "had two opportunities to talk with Trump" - the first lasting "about 20 minutes," followed by "several more sentences" they excahnged during the ceremony to inaugurate NATO's new headquarters.

Markovic said he thanked Trump for his support in the US Senate for the ratification of Montenegro's NATO accession protocol.