Talat Xhaferi says that Macedonian President Djordje Ivanov "has a deadline of ten days" to give the parliamentary majority the mandate to form a government. 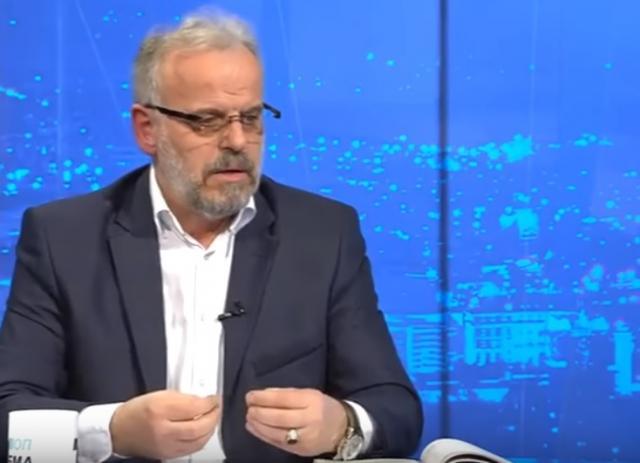 "If President Ivanov does not give the parliamentary majority the mandate to form a government he will make a criminal offense," the newly elected Macedonian parliament speaker has told Croatia's state television HRT, Beta is reporting.

According to Xhaferi, Ivanov "has to do it because the Constitution and the laws do not recognize such non-action."

The member of the assembly from the Democratic Union of Albanian (DUI), a party of the new parliamentary majority, also said that he is the only legal and legitimate president of the Macedonian Assembly, because a majority of deputies elected him on April 27.

Macedonian media are reporting that Xhaferi has denied that "the Tirana Platform" that is a threat to Macedonia existed, and accused VMRO-DPMNE leader and former Prime Minister Nikola Gruevski and Ivanov of being responsible for the political chaos in the country.

"The chaos in Macedonia is politically motivated because of the unwillingness to hand over power. Gruevski is the most responsible directly, while indirectly it is Ivanov," he said.

According to Xhaferi, the situation in Macedonia "should not be presented as an emergency, although it is politically complex - but should be solved by political means."

The election of Xhaferi, who is the first Albanian in the role of president of the Macedonian parliament, was welcomed by the US, the EU, NATO, Germany and some other European countries, while it is challenged by the president of Macedonia, the second strongest party in parliament, VMRO-DPMNE, as well as Russia.

Ivanov, who has been refusing to give SDSM leader Zoran Zaev the mandate to put together a government since March 1, on Monday met with a senior official of the US State Department, and afterwards called on Zaev to keep his publicly given word that he and his coalition partners would come to to a meeting and provide conditions for the strengthening of the "unitariness" of the state.

Zaev responded by saying that the program of a new reformist government exists which guarantees "unitariness" of the state, respect of the Constitution, Macedonia's Euro-Atlantic perspective, which, as he pointed out, would once again be presented to the head of state.