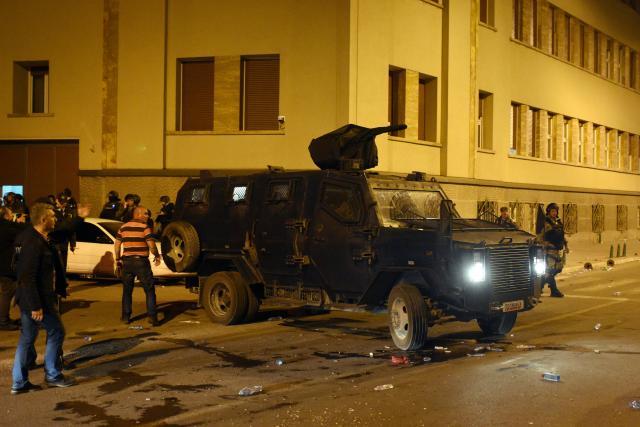 After the clashes in the streets and in parliament on Thursday evening, the police are almost nowhere to be seen in the streets this morning, while only four tents remain in front of parliament.

Among those hurt is Zoran Zaev, who, according to reports, has nose and forehead injuries. According to the media, about 100 people have been injured. Some have been treated in hospitals, mostly for light injuries.

RTS is reporting, citing Macedonian police as its source, that 102 people have been injured, including 22 police officers and three members of the Assembly.

The protesters who stormed the parliament building oppose the election of Talat Xheferi from the Albanian party DUI as speaker, and think this was done contrary to the Constitution and the law.

Macedonian President Gjorge Ivanov said late on Thursday an emergency meeting of the country's leaders would be held on Friday, and that he would appeal to them for reasonable and responsible behavior.