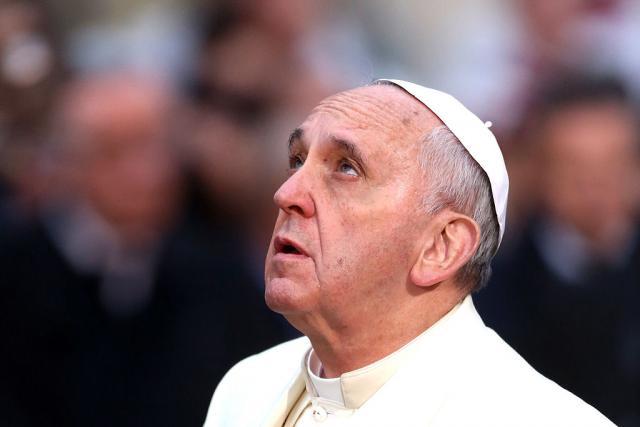 The Zagreb-based daily Jutarnji List is citing an article published in the magazine Globus, that said most people journalist Darko Hudelist spoke with said Stepinac would not be be declared a saint.

An "insider from the Vatican ranks" is thus quoted as saying that they thought "this pope will not make a decision, he will drag it out," and adding:

"He took onto himself a fairly risky move, things have become very tense, and now - whatever he decided, he'll provoke the devil. I think he is increasingly aware of that. If he assesses that there might be even greater conflict between the two Churches, he will not dare decide either way. He is brave in many things, but this now would be more about political than ecclesiastical bravery. I would be pleasantly surprised if he made a decision - of one kind or another. In any case, he's unpredictable."

The former - and last - ambassador of the Socialist Federal Republic of Yugoslavia (SFRJ) to the Holy See, Ivica Mastruko, also "does not believe that the canonization might happen soon."

"The pope doesn't care to cause further confrontation, he will probably postpone the canonization of Stepinac. As for the Mixed (Orthodox-Catholic) Commission, there'll be no common positions there, other than both sides agreeing on the assessment about the unacceptable actions of authorities in the ruling against Stepinac in 1946. Both will remain in their positions," said Mastruko.

Former Croatian Ambassador to the Holy See Filip Vucak said that he informed the pope during his farewell visit in October 2015 about the reactions in Croatia concerning "the stalled canonization" of Stepinac, said the article.

"I warned him that in the end there may be a worsening, not an improvement of relations between Catholic and Orthodox (Christians), and even between Croatia and Serbia, exactly what the pope wished to avoid when he set up that commission," he said.

Some other "important insiders" also signaled that the likelihood is low that Stepinac could be canonized any time soon, and also "warned that the commission cannot do quality work in one year, especially since its members will be faced with some concrete historical documents related to the Stepinac case only in April," the magazine concluded.

In 1946, Stepinac, then the Catholic archbishop of Zagreb, was found guilty of collaborating with Italian and German occupiers and the Ustasha regime of the Independent State of Croatia (NDH), as well as of forced conversions of Orthodox Christian Serbs to Catholicism, and for engaging in enemy propaganda after the war, whose aim was to endanger the state system of the Federal People's Republic of Yugoslavia (FNRJ).

But in July 2016, the Zagreb District Court overturned in its entirety the guilty verdict handed to controversial cleric.

The Serbian Orthodox Church and the Serbian state strongly oppose the canonization of Stepinac, citing his role in the NDH, a WW2-Nazi allied entity that ran death camps for Serbs, Jews, and Roma.