Consultations between the three members of Bosnia's Presidency have been held in Sarajevo, on ICJ's request to clarify the status of Sakib Softic. 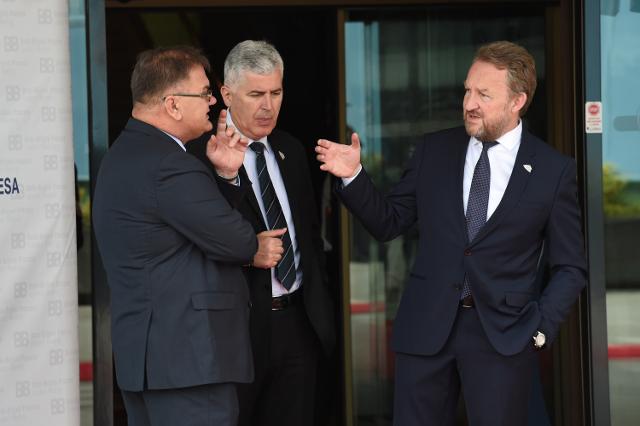 Softic is a former agent of Bosnia-Herzegovina representing it before The Hague-based International Court of Justice (ICJ), who last week submitted a request to review the court's 2007 ruling in Bosnia's genocide lawsuit filed against Serbia.

The tripartite presidency agreed today that each member - Mladen Ivanic, Dragan Covic, and Bakir Izetbegovic - would individually submit their opinion to the ICJ.

Ivanic has previously said that he did not expect consensus to be reached today, as he and Izetbegovic cannot have "a unified" stance on the issue.

Ivanic at the time also said he maintained that Softic had not been authorized to submit the revision requests, as he had not been delegated by the presidency.

Therefore, the Serb member of the presidency and its current chairman was convinced, "the request will be immediately rejected."

The deadline for the letters of the three members of the presidency to be submitted to the ICJ expires 18:00 CET on Thursday.