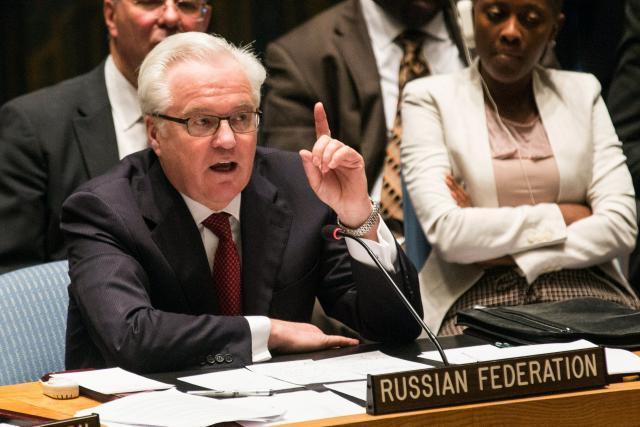 Representatives of this association have submitted the request to the assembly of this municipality, located in the Serb Republic (RS) entity of Bosnia-Herzegovina, asking for a suitable location for the bust to be found.

Eastern Initiative President Vojin Pavlovic said that the initiative was motivated by Churkin stance in favor of "truth, and of preventing a British UN Security Council resolution on Srebrenica."

Eastern Alternative believes that the Serb people in Srebrenica, and in the RS, should in this way pay their homage and express their gratitude to Russia, and to Churkin, he said.

Pavlovic expects the municipality to agree with the plan quickly - so that the bust can be installed by July 12, the Serbian Orthodox Christian holiday of Petrovdan (the Feast of Saints Peter and Paul) - that also marks the anniversary of the great suffering of Serbs in the Srebrenica municipality (in 1992).

Eastern Alternative will not desist from its proposal "at any price," Pavlovic noted.

Vitaly Churkin died suddenly in New York earlier this month, a day before his 65th birthday.

Reacting to his passing, Serbian officials described the Russian diplomat as "a great friend" of their country and nation, while President Tomislav Nikolic awarded Churkin posthumously with a state honor.