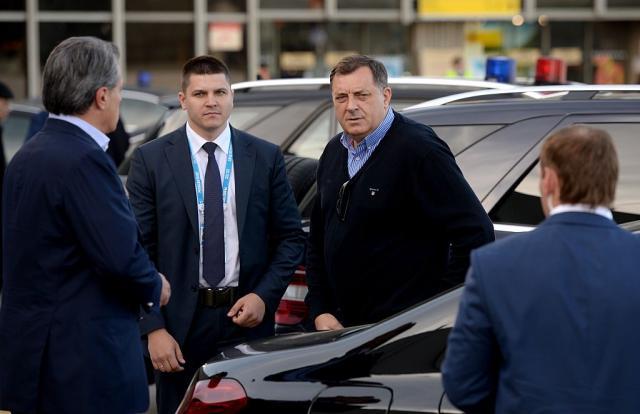 Milorad Dodik now claims to have received "another invitation" to go to Washington DC.

However, experts explain that as a rule only foreign ambassadors posted in the U.S. capital attend presidential inaugurations.

From Dodik, the leader of the Serb Republic (RS) in Bosnia-Herzegovina, all the way to former commander of the terrorist KLA Ramush Haradinaj - these last days have seen the bragging in the region: "Trump's invited me to his inauguration."

But who actually gets an invitation to be in attendance in front of Capitol Hill on that cold day in January?

"The only one who can be invited to Washington officially by the U.S. President is the president of one country, that is often either the Canadian prime minister or the president of Mexico. Nobody else is invited, except ambassadors and their spouses. Therefore anyone who claims to have been invited by the president is simply not telling the truth," said Ivan Vujacic, Serbia's former ambassador to the U.S.

Officials in Washington have a pragmatic stance toward all this, considering that the arrival of dozens of foreign delegations would make putting in place the already massive security measures even more difficult.

The head of the RS representative office in Washington, meanwhile, claims that Dodik received the invitation from Trump's transitional team, and that this "bothers somebody."

"As for the inauguration itself I'm glad that the president received several invitations. The president and his wife have the tickets for the oath-taking, which have been provided by friends from the transitional team of President Trump. We are encouraged by the fact the Serb Republic can be present at this important event," says the head of the office, Obrad Kesic.

The U.S. embassy in Sarajevo earlier refused to issue Dodik with a diplomatic visa. Kesic said the explanation - that the RS president was denied a visa because he would not travel to Washington as a representative of Bosnia-Herzegovina - means the U.S. embassy itself is separating the RS from Bosnia.

Vujacic, meanwhile, explained that "a great number of parties" are held after the inauguration, "organized by various lobbying groups, some also by the newly elected president and the first lady."

"Afterwards, you are invited to one of those balls. They go to 11 balls during that evening. There are probably some other parties where they show up briefly, shake somebody's hand, give a 2-minute speech and that's it," he said.

After the inauguration of the new U.S. president, Washington will host the National Prayer Breakfast. This gathering is organized by the conservative Christian organization Fellowship Foundation, rather than the White House.

The Banja Luka-based daily Nezavisne Novine reported on Friday they learned from the U.S. embassy in Sarajevo that Milorad Dodik was "not invited" to the inauguration.

Specifically, the embassy said that the U.S. State Department did not send an invitation to Dodik.

After the embassy refused to grant him a diplomatic visa, Dodik earlier this week reapplied, this time for a regular visa.