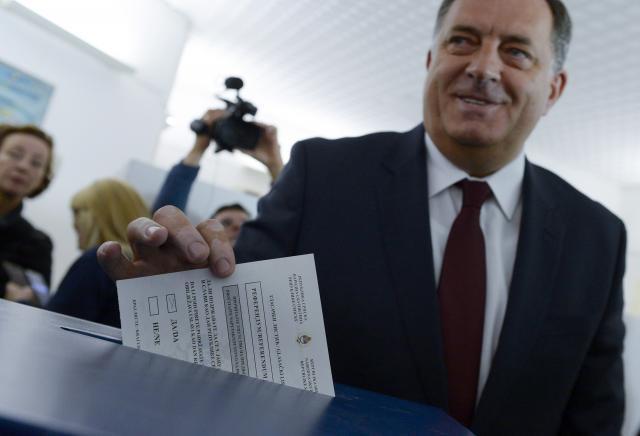 This is according to Sinisa Karan, president of a commission the Serb entity, RS, set up to organize the RS Day referendum.

Dodik is to be question over last Sunday's referendum.

According to Karan, the summons should have been sent either to the RS National Assembly, that decided to call the referendum, or to the Republic Commission - but not to Dodik.

He told the entity's public broadcaster RTRS that Dodik was "absent from the process, as it is more about him providing his political support to the process."

"And not just him, but absolutely everyone in the Serb Republic. On this basis, everyone could be summoned, if it has been sent at all," Karan said.

"They (the prosecution) don't have that letter," Karan stressed, and noted that the court would meet tomorrow and is expected to consider this issue - along with the issue of 95 other of its decisions that have so far been ignored.

Karan also said that if the prosecution summoned Dodik for questioning without first receiving the necessary letter from the Constitutional Court - "they made a huge mistake, in the formal sense."

RS President Milorad Dodik confirmed on Wednesday he had received earlier in the day a summons for questioning by the Prosecutor's Office of Bosnia-Herzegovina.

Speaking in Pale, near Sarajevo, Dodik reiterated he would obey the summons and that he was prepared to give a statement to the Prosecutor's Office, but in a judiciary institution in the RS.

He repeated he would not be going to Sarajevo following a statement by Bakir Izetbegovic - the Bosniak (Bosnian Muslim) member of the Bosnia-Herzegovina Presidency - who had said earlier Dodik would end up like Muammar Gaddafi, Saddam Hussein or Slobodan Milosevic. 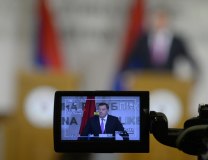