RS to respond to violence with secession - Dodik

Banja Luka will respond to violence from Sarajevo with secession, Milorad Dodik has said. 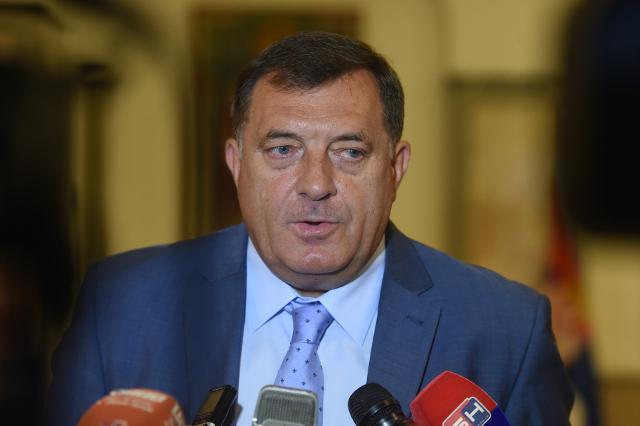 The president of the Serb Republic (RS) spoke for Sputnik ahead of his trip to Moscow where he will meet with President Vladimir Putin.

against the Serb entity in Bosnia-Herzegovina.

"We know that the position of Sefer Halilovic who is making threats of war is the position of everyone in Sarajevo, but, I'm speaking hypothetically, if any movements of that kind take place, we are out of Bosnia-Herzegovina the same instant," Dodik said.

He added that Banja Luka, i.e., the RS, has no intention of staying in a country where violence is coming from the other side, "not even for a minute."

Asked to specify whether the RS would declare independence and secede in such a situation, Dodik repeated: "Any movements of that kind will make us do it, and we will defend ourselves."

The RS president is also convinced that the entity is capable of defending itself militarily if it comes under attack. Asked whether he counted on the help of Serbia and Russia in such circumstances, he replied: "I count on all sorts of things, above all, I count on our people."