According to the preliminary results on Monday morning, the HDZ party will have 61 seats in Croatia's parliament after Sunday's early elections. 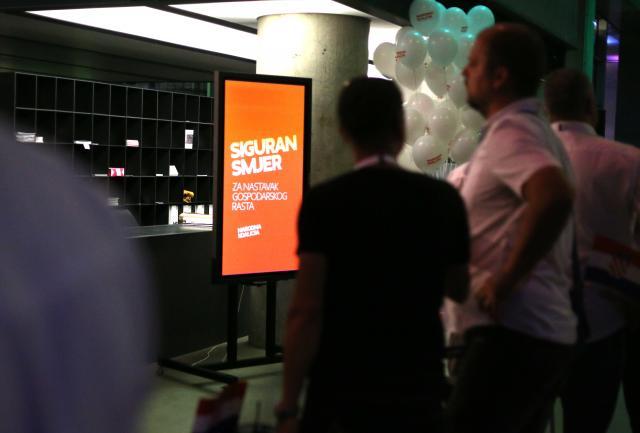 The People's Coalition gathered around the SDP party will have 54, while the Most ("Bridge") coalition will have 12.

Croatia's parliament has 151 seats, and a new government will require 76 voted to be elected.

The Croatian State Election Commission (DIP) data shows that three representatives of the SDSS party will once again represent ethnic Serbs in parliament. They are Milorad Pupovac, Mile Horvat, and Boris Milosevic.

Ethnic minorities have a total of eight representatives in Croatia's parliament.

The preliminary results show that no big changes have occurred, with the HDZ and its partners taking the most votes, and its president, Andrej Plankovic, announcing a platform for post-election negotiations to put together a government.

According to announcements coming from the HDZ overnight, the key to the future government will be this party and the Most; however, Most's leader Bozo Petrovic is yet to say whether he plans go with the HDZ or with the SDP.

Leaders of the Zivi Zid coalition have announced they would not join the government, regardless of who forms it.

One difference compared to Croatia's previous parliament is the likely absence this time of conservative so-called Rights parties.

According to analysts, SDP's leader Zoran Milanovic's statements suggested that he would like to form a grand coalition with the HDZ. However, Milanovic later on Monday dismissed this possibility, and announced that he will not run for SDP president again - effectively announcing that he was stepping down.